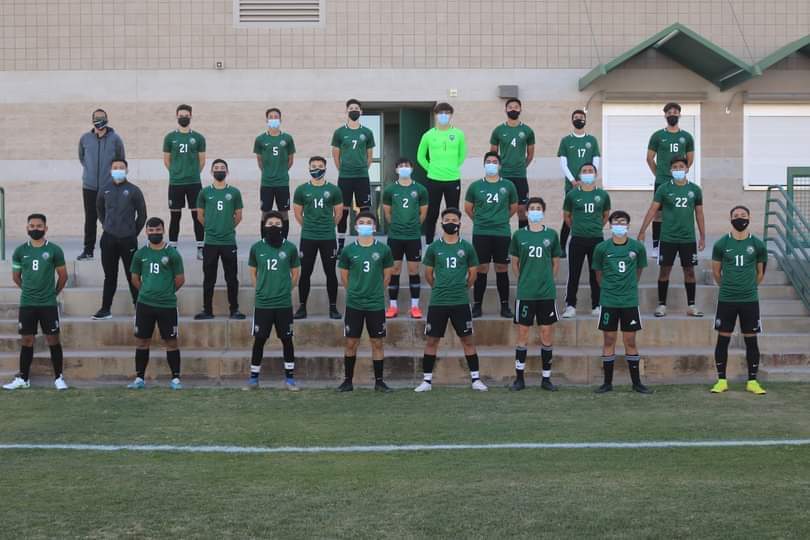 Soccer is the most popular sport in the world, and the San Luis High School Sidewinder varsity soccer team has been showing all its good sides, maintaining their undefeated streak that brought them to the regional championship for the 2020-2021 season.

The Sidewinders beat Hamilton, Mountain Ridge, Cibola, Kofa, Perry and Mountain View, with a total of 13 wins, 50 goals in favor and 17 against, and an average of 3.7 goals and 3.9 assists per match – well above this year’s average in the 6A Desert Southwest high school division.

This record, 13 wins with no ties or losses put the Sidewinders at #1 in the Arizona Conference 6A high school soccer rankings.  The last time this happened was in the season 2009-2010, when they won the first nine games with 41 goals in favor and only 5 against.

The Coach, Jesus Rojas, has united this team against all odds, including the hard times they have faced with the COVID-19 pandemic.

“The improvement on the team is because San Luis always has had quality players,” said Rojas.  “But now, having eight returning starters makes them trust each other more and be more confident to display their game.”

Having returners to his team makes a big difference, allowing him to make only minimal changes on the team, and that consistency is reflected in the high level of communication and synchronization during tough teams.

“We aim to take one game at a time,” he said.  “Perhaps many players not being able to play for such a long time due to COVID restrictions has given them more motivation to play the sport they love.”

Rojas has been the SLHS Varsity soccer team’s coach for the past four years, having 51 wins, 21 losses, and 4 ties.  His goal is to have as many players as possible get scholarships and continue playing after high school, and it’s crucial for them to do their best in school so that soccer can be a pathway to developing their future.

But Rojas is not the only one who gets the honor.  Team captain Ricardo Famania is a leader with courage, the thirst to win and, most importantly, a love of the sport.  He has been on the varsity team for the past two years, and this is his first year as captain.

“It is a privilege to be the captain of this team because the coach and my teammates are trusting in me,” said Famania. “Of course, being the captain gives me more responsibility, but I believe I have the characteristics needed.”

As a player, Famania had 7 goals and 7 assists in the last seven games.

“Since the beginning of the season, we knew that our team was going to be very strong, and our goal was to win the title,” he said.  “We are working really hard because we want to demonstrate to everyone that we are the best.”

Quarantine is one of the many substantial challenges that life has presented to them in recent years.  Usually, more than 80 players try out, but now they had only enough to make two teams with practically no cuts.  Still, both players and coaches believe that this is a unique opportunity to show everyone what the work and dedication have brought them.

Famania affirms that their success is not a coincidence because they are entirely committed and know that many people support them from home.  He knows that the team owes an outstanding debt to the fans, and that is why they are prepared to go for the title that they want to achieve so much, for the first time in the history of SLHS.

“I see the players motivate on everything they have done,” said Alexia Meza, a fan of the team.  “It makes me feel proud to say that this generation has an opportunity to go forward and make history for our school.”