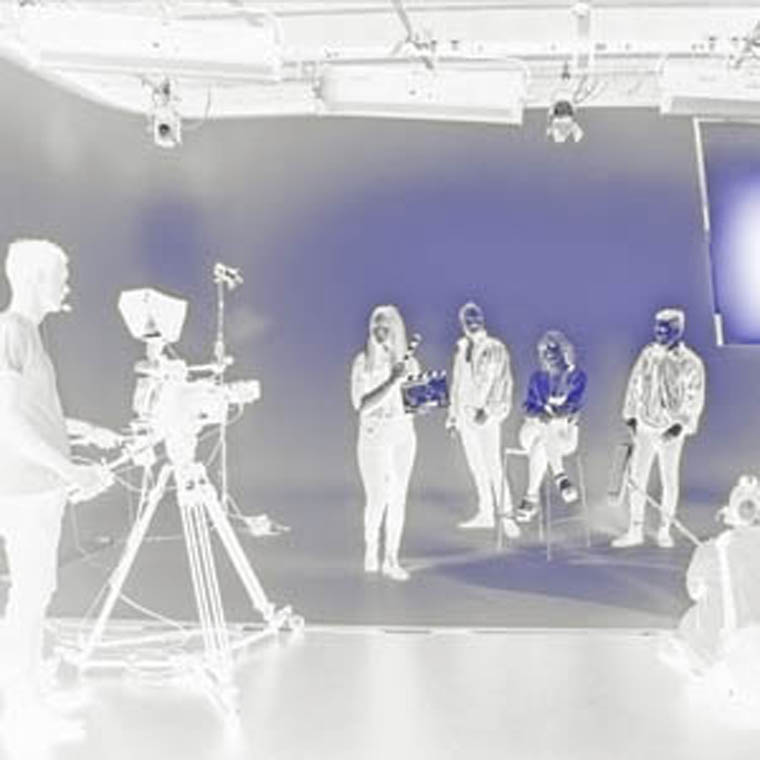 . A young man sits on the floor of his small empty kitchen, eating directly out of a cup of Ramen noodles while contemplating how he will pay next week’s rent off of his laughable salary.  He gets up off the floor and heads over to the bathroom to wash his face.  As he raises his head from the sink to look at himself in the mirror, a familiar reflection appears – my own.

Although a bit dramatic, this is the miserable scenario I convinced my old high school self to believe would come to pass if I pursued a media arts degree in college.

One of the most prominent stereotypes in the media field, the starving artist, generalizes the future of those pursuing any creative job as a constant financial struggle and often pressures students into giving up on their creative passions.  As if the starving artist trope weren’t enough, these hapless scholars also face harsh criticism by friends, family or social media about the unlikelihood of success in their future.

My first semester at Arizona Western College Yuma was full of self-doubt.  The starving artist trope was clouding my mind, and I began to question whether my choice of a Media Arts major was right.  These feelings of discouragement almost consumed me until I enrolled in courses that helped strengthen my understanding of media.

One of the courses, Television Production, demonstrated the intricate work behind video production and helped establish a welcoming environment where students explored the importance of team building through projects that allowed them to get a sense of working in a professional studio.

The course fueled my creative energy, and, once the semester ended, I continued adding media courses to my schedule to remain inspired.

One of the most influential courses I took was Digital Photography, which highlighted the significant role photographers have in shaping people’s ideologies, influencing their lifestyles and changing their perception of the past.  The course allows students to explore the creative liberties of photography through assignments that put their artistic vision to the test.  I was able to explore a passion that I had long avoided due to feelings of uncertainty.

Filmmaking is a media career that I admire, but I was discouraged by the idea that the profession is pointless unless I were to become a director.  I failed to realize the number of responsibilities other film crew members also have.

Last fall, I took a film studies course that changed my perception of media production and showed me the vast, wonderful world of the media industry.  As consumers of art, we underestimate the intricate process behind the work of creatives.  In film, multiple people assist in the development of a project.

Although the director may oversee everything, a dedicated set of people take responsibility for other areas such as audio, lighting, set design and props.  Skills such as the camera’s movement and the placement of objects within the camera’s frame can provoke an emotional response that lasts well after the credits roll.

Before enrolling in any of these courses, I told myself my degree would be useful only in photography or videography;  any other profession was out of reach because I believed I wouldn’t be good at it.  The starving artist stereotype ultimately created limitations on an interest that I had yet to understand or experience fully.

Thanks to these courses, I’ve learned to embrace my creative passion for media arts and its vast career opportunities.  Through careers such as television, film, radio, photography or journalism, I can entertain, inform and inspire others.  Although obstacles may arise in my academic career, I choose not to let the starving artist trope determine my future in media arts.

Why worry about a future yet to exist?