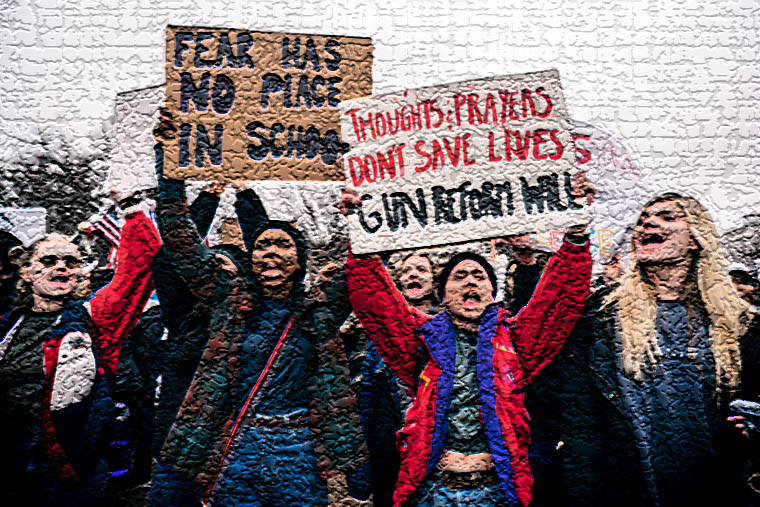 . Arizona is lenient with its laws regarding firearms, but now parents are wondering if this leniency should make them worry about their children who are ready to attend in-person classes after COVID-19 closures.

Before Covid-19, school shootings were a topic of controversy, with many of them occurring in the U.S.  The school shootings simply stopped because there were no schools in session. Students will now be going back to school, though, and some parents have concerns over how the state can ensure their children’s safety when some may argue that obtaining a gun in Arizona is too easy.

Arizona ranks second in the nation among the most gun-friendly states according to the Gun Friendly Index created by AZ Defenders.  This has to do with Arizona allowing any U.S. citizen over the age of 18 to open carry if they are not felons or on probation, among other restrictions.

An 18-year-old can go into any gun store and come out with a long gun, a shotgun or rifle, that same day if their background check comes clean.  Arizona doesn’t require any background checks when a gun is sold privately.

U.S. Senator from Arizona Mark Kelly is trying to bring tougher gun laws into his state because of the previous gun shootings.

“Can it get through the United States Senate?  I think so,” Kelly said in April during a press conference recorded by azfamily.com.  “This often takes some work and takes some time.”

Parents are worried about not only COVID-19 measures but also school shooting safety measures.

“It’s going to be my daughter’s first year attending high school, and now I have to worry about COVID-19 and school shootings?” said Alejandra Mora, a Yuma County resident.  “I don’t think it’s fair that the state is doing nothing to keep all of us safe.

“Why do people want guns?” Mora added.  “That’s why we have a strong military and police force.”

Some Arizona residents believe the gun laws that are in place are good enough, and they are necessary to keep them safe.

“Guns don’t kill people, people kill people,” said Raul Gomez, a Yuma County resident.  “Why should responsible gun owners have to suffer the consequences because of the actions some people with mental issues make?”

The ones who are most prone to school incidents are the students attending, and their opinions should also be heard in the debate over gun control.

“I see things in the news and, yeah, you get scared when you see there was a school shooting.  But by the next day you forget about it, maybe because nothing like that has happened in our community,” said Yamileth Noriega, Mora’s daughter.  “I think the best way to prevent a shooting is not by gun control but by everyone being nice to each other.”