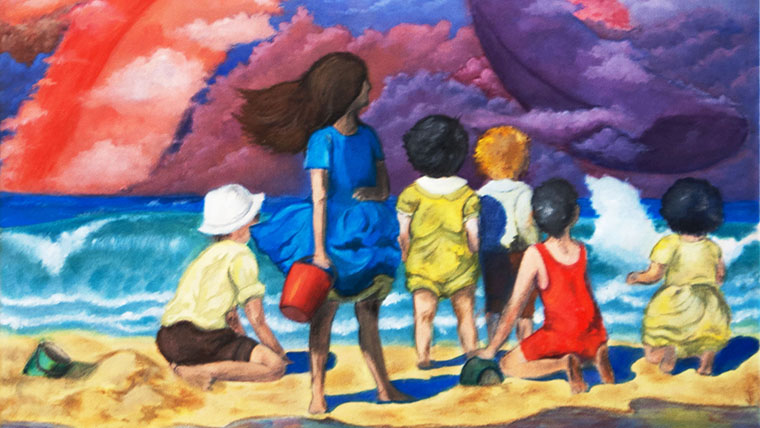 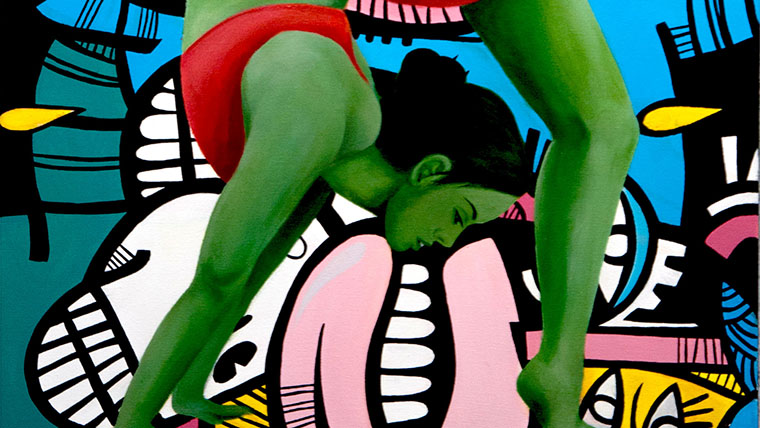 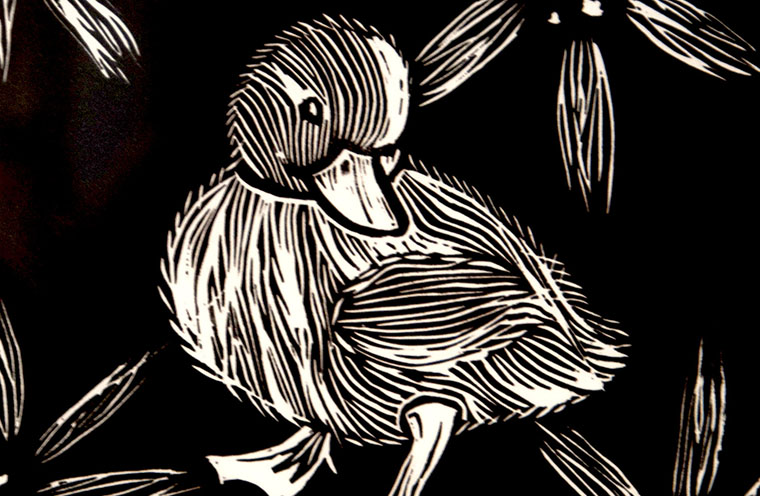 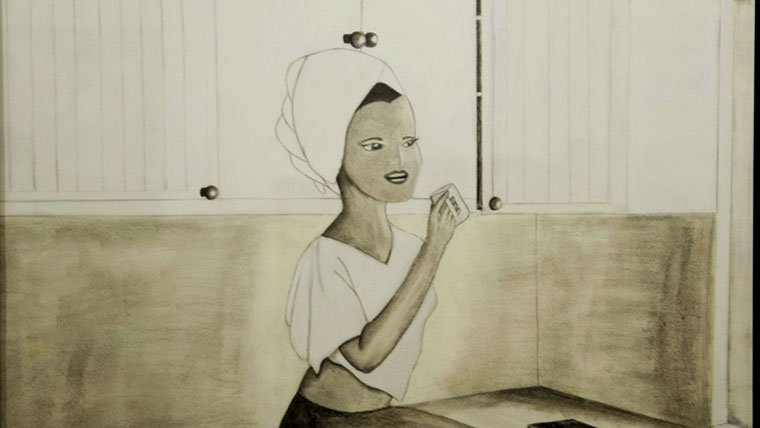 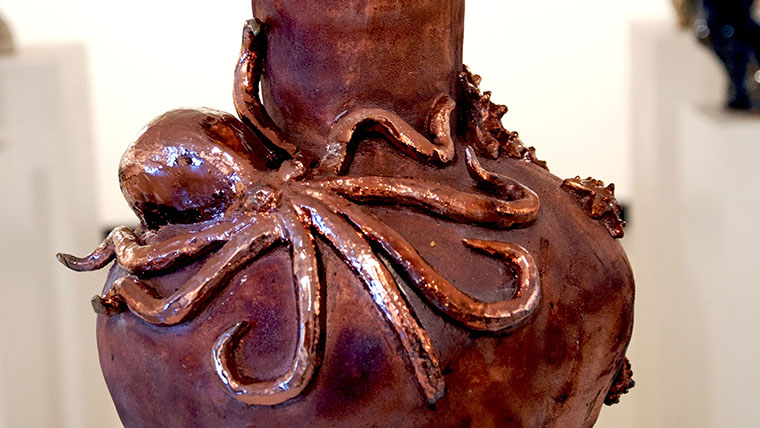 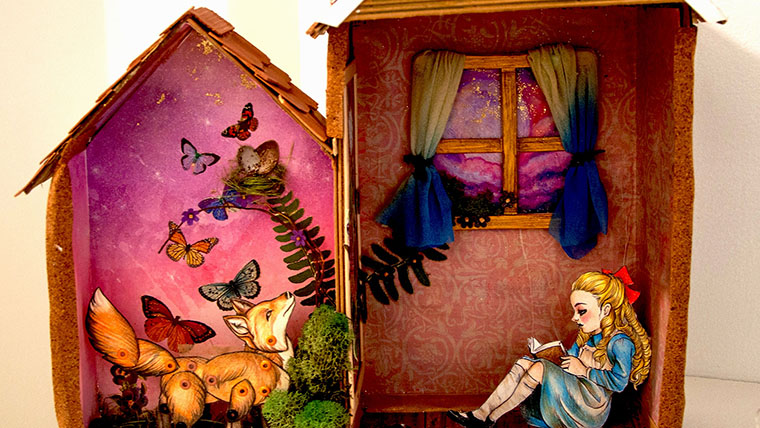 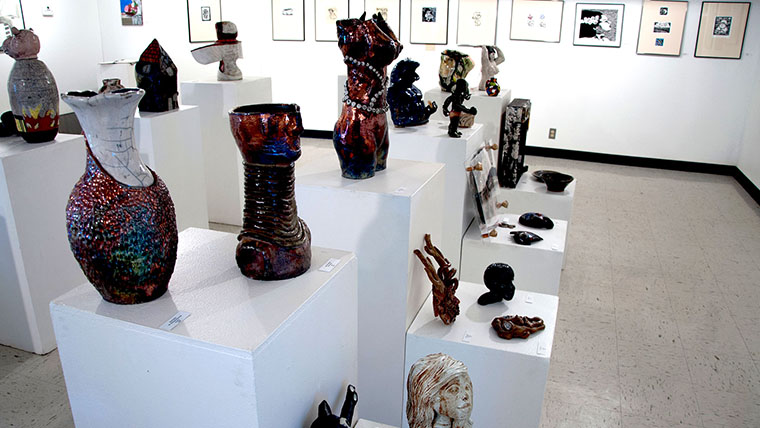 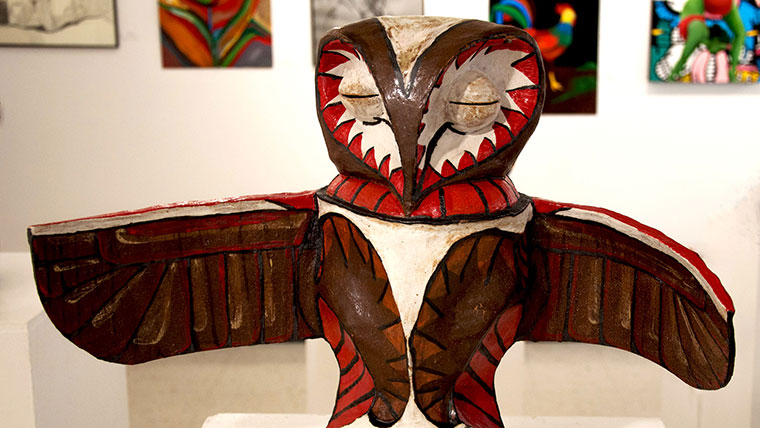 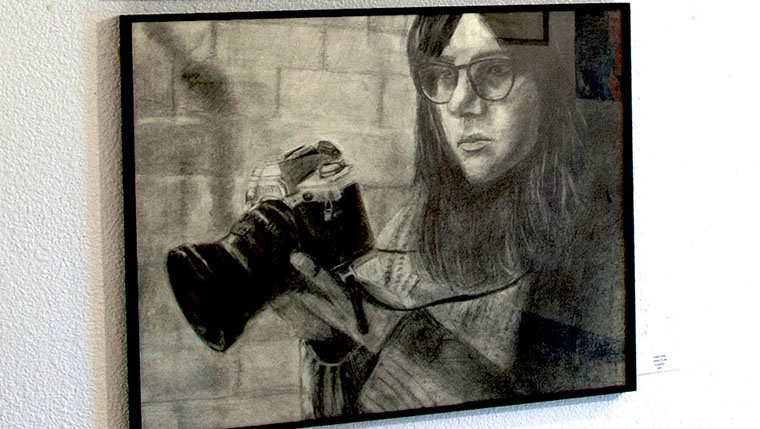 The flow of creativity

On the campus of Arizona Western College, student creativity flows like an eternal river through the desert. The final AWC Art Gallery exhibit for spring 2017 featured sculptures, paintings and drawings by student artists for the semester.

Ally Anguiano’s predominantly green painting Contortionist was especially realistic and eye-catching. The background traps the viewer in a sort of illusion, and the figures have cartoonlike faces that incorporate several faces into one.

Even popular TV shows influenced the work of some artists like Alfredo Gomez, whose acrylic painting Oh Geez, Rich shows multiple scenes from the popular animated series offers an eyeful. One such scene shows a dog wearing a futuristic helmet and one of the characters of the TV show stuck to the wall.

Joseph Saul’s drawing of the famous rapper Eminem appeared to be separated from other images on the same paper, as if it was aged in the frame. The drawing is two-toned; in the first half, the mixture of colors makes the tan color pop, and the second half is black and white, maybe implying that Eminem has had two different personalities in his career.

The Cookie Monster sculpture, by Hercilia Martinez, had the iconic Muppet with a cookie in his hand and an exaggerated masculine physique. Martinez’s assignment was to sculpt a person within two weeks. But, because she spent so much time on the chest, she had to think of something quick for the face and at the last minute decided on the Cookie Monster.

Was the sculpture hard to make?

“It became second nature over many failings,” she said.

Trial, error and more trial – that’s the creative process, and that’s what makes each piece unique.