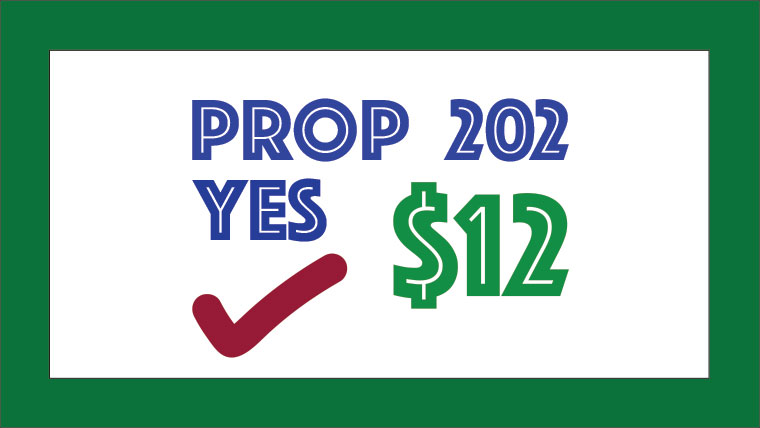 In November, the ballot proposition passed for increasing the minimum wage in Arizona starting January 2017. Known as Proposition 206, its purpose is to raise minimum wage to $10 now and to $12 by 2020. Whether you support or oppose, the question is how will this affect us?

“No one who works 40 hours a week should have to live in poverty and decide between buying groceries, medicine or paying the bills,” said U.S. Rep. Ann Kirkpatrick in support of Prop 206. With more money, our lives would be easier, as payments can be made and wants can be fulfilled.

The idea is to have more money to stimulate the economy further as people would be more willing to spend on consumables. It would also reduce poverty as paying bills will be feasible and government aid would not be needed.

Ultimately, we all want and need money. Nothing is without cost. The wage increase is a simple solution to our problems, correct? Unfortunately, downsides also exist to Prop 206.

Fear is in the mind when the wage affects the economy. Matthew Glans, Senior Policy Analyst at The Heartland Institute, said that “to maintain profitability, businesses forced to raise their wages beyond market rates must make adjustments elsewhere.” This can mean many things, from lowering work hours to hiring fewer employees or even raising the prices for goods and services, defeating the purpose of raising the minimum wage.

Employees may fear that their jobs will be at stake. A company finding no need for a certain number of employees will begin to cut back.

As a shift supervisor for a restaurant, I probably will not have to worry for my position. However, I cannot say the same for all employees currently working. I believe we’ll be fine, but I will not be surprised if the staff becomes smaller.

While employees are worried about Prop 206, what I can say is to work harder to prove your worth for the business. Employers will keep people who benefit the business, whereas those who do not will be let go.

It’s tricky to say how Prop 206 will affect us, as the new year has just begun. For more about Prop 206, visit https://ballotpedia.org/Arizona_Minimum_Wage_and_Paid_Time_Off,_Proposition_206_(2016)