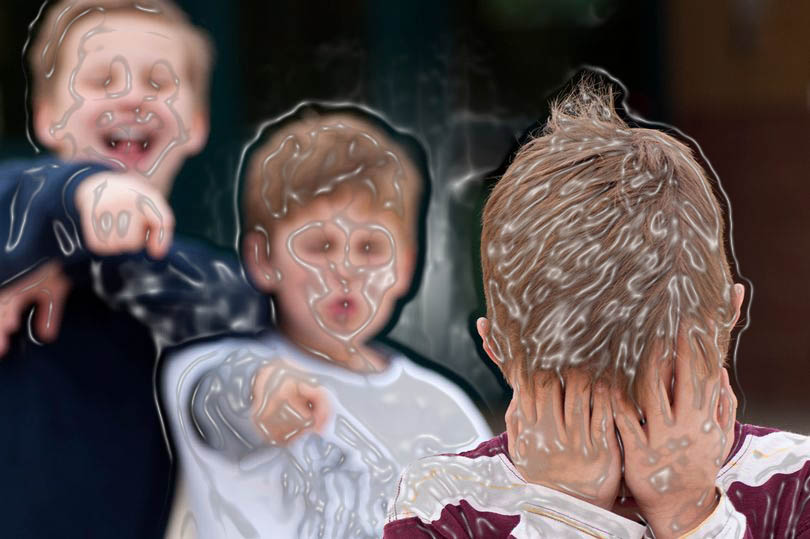 My bullies made me stronger

Elementary school, a place where life should be easy, calm and stress free.  I wish I could separate my memories of that place, remembering only the fun ones and casting out the bad as if they were the plague.

I was often bullied on the playground during our free time because of who I chose to hang out with, which were mainly girls, for many reasons that I didn’t know of at the time.

“Why do you hang out with them?” I would be asked daily.

After constantly being called names, getting pushed around, being used for rough play and getting jokes played on me, I never knew when far was too far.  I was being hurt not only physically but also mentally, and I wasn’t in good enough shape to defend myself.

I stayed quiet about these problems because I was scared things would get worse if I talked.  And, just when I thought I had friends to have my back, they switched up faster than you could flip a light switch.  Eventually they all ended up hurting me in the same spot, my self-esteem.

Getting pushed around wasn’t so bad, though, when I finally got a grip on how to counter their attacks.  Since I wasn’t built like a pro-football player at the age of 10, I used their moves against them and acted like I just didn’t care.  Even if this seemed to not work the first few times, I tried it over and over until I got it right.

I went to school one morning as usual and went about my day until it was lunch time, when they always seemed to lurk.  I went in mentally prepared, and like clockwork they all asked me to join their game of tag.  I joined, and at the end they all began to talk about how I was slow, weak and weird for hanging around girls all the time.  I’m sure they did it to boost to their ego, but after I ignored them and nodded without saying a word, they all seemed confused at the sight.  They still tagged along and tried shooting me down, but I wasn’t budging, and they were slowly becoming less and less of a problem to my mental health.

Finally, I got away from the mental abuse they had inflicted on me, but I wasn’t prepared for High School.  I hated the fact that I was everyone’s first pick for a good bullying.  I brushed it off every day, but the attacks were more harsh than elementary school.  They somehow knew every move everyone did, for example passing judgments based on their social media.

All my life I have been picked on for my looks, my choice of friends;  I was surprised I wasn’t bullied for how I would breathe.  I found it sad that people would try their hardest to hurt someone’ feelings just to get into the group of popular kids, to be praised for it by a group of hormonal teenagers.  Possibly, people like that have problems of their own at home and can only make themselves feel better by attacking those weaker than themselves.

My confidence and self-esteem have improved since I left high school and began focusing on myself.  Being mentally abused can take a toll on a person, especially at a young age.  In my case, it actually helped me to find the power to defend myself and work on building myself up on my own.