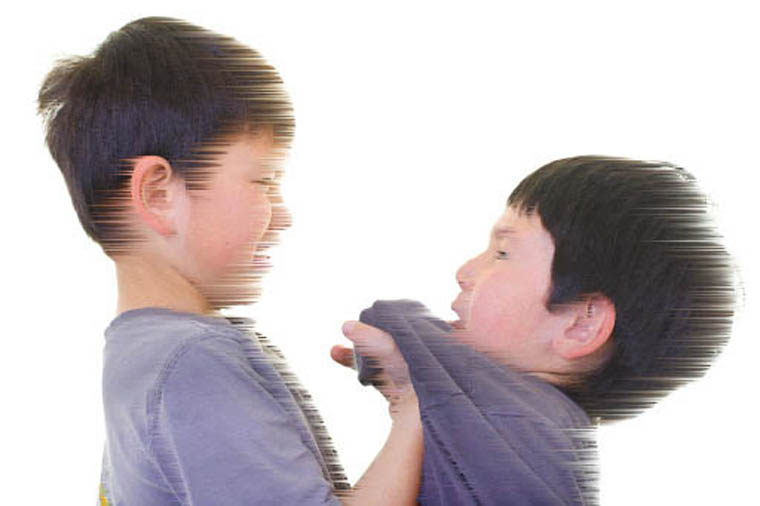 A cry for help: The bully bullied

The deafening ring of the school bell echoes through the halls, signaling the start of recess.  I quickly make my way to the line of students waiting by the classroom door.  Each passing second in line feels like an eternity as the teacher fumbles with her necklace full of keys.  The squeaky door finally unlocks, and I sprint through the sea of students and rush into the playground.  Behind me follows a menacing, towering monster – my bully.

During my second year of elementary school, I was relentlessly picked on by a bully who was five times larger and taller than me.  He would chase me around the playground while shouting the violent things he would do once he caught me.  I remember feeling terrified and often questioned why this bully targeted me, until one school event revealed why he behaved so cruelly.

One day after the bell rang, as I waited in line to be dismissed, the bully began to threaten me. “I am going to catch you this time tomorrow,” he said.  “You can’t run forever.”

My legs went weak, and I felt suddenly nauseated.  Once the classroom door opened, he followed me down the stairs while repeating his plans for me.  At the bottom of the stairs, I saw my mom and ran over to her.  I looked back and saw a large man standing next to my bully.  The devilish grin that had been on the bully’s face transformed into one of complete seriousness.

Although the bully didn’t manage to catch me the following day, he continued making each day feel like a living nightmare.  I decided to let my second-grade teacher know about his behavior, but she ignored my cry for help.

“Boys just like to play rough,” said my teacher.  “I think he just really wants you to play with him.”

The bully’s behavior became increasingly worse until it reached a point where he threatened to hit me if I didn’t share my answers with him during an exam.  I boldly refused and was met with a quick jab to my stomach underneath the desk while the teacher’s back was turned.  A sharp pain formed at the bottom of my stomach, but I refused to say anything, considering how my teacher had responded to my previous complaints.

As parent-teacher conferences approached, I felt relief at the thought of the school year coming to an end.  My teacher assigned a meeting on a Tuesday afternoon, and I continued enduring my bully’s torment as the date approached.

Tuesday evening finally arrived.  My parents and I walked down the long, narrow school hallway full of colorful paintings on its walls.  As I turned the corner, a familiar face was seated outside the classroom – my bully.

My heart sank to my stomach.  I felt I couldn’t escape from this nightmare.  He glanced in my direction but behaved as if I weren’t there.  The same tall man I had seen in the hallway a few weeks ago was sitting beside him, his father.

My bully sat upright next to his father while anxiously twiddling with his thumbs.  Shortly afterward, the classroom door opened, and the two walked into the room.

The father’s powerful voice could be heard from the hallway as he angrily yelled at his son.  Concerned looks began to form on the faces of the other parents who were sitting outside the classroom.

The door swung open, and the father angrily stomped out of the classroom.  I looked up and saw a deeply saddened expression on my bully’s face as he slowly walked down the hall.  Never had I seen him look so terrified and ashamed.

After that day, the bully never harassed me again.  My nightmare had finally ended.  I realized that this boy was living his own nightmare at home, and he found solace in making me suffer.  His aggressions and frustrations towards me were masking his own suffering, and his actions pointed to one thing – a cry for help.