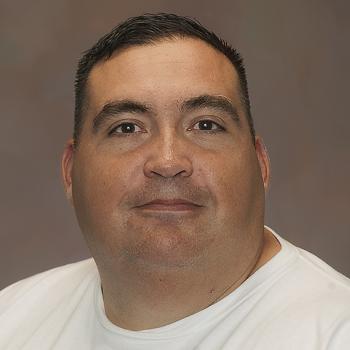 Myth, Miracles and Debris: The Visions of Angel Luna

Myth, Miracles and Debris: The Visions of Angel Luna

The idea on this Friday evening at the Yuma Art Center was that of a one-man art show -- created and presented by AWC art professor Angel Luna -- with the theme "Myth, Miracles and Debris: 5 Years of Yuma."

The exhibit made for a great experience: one person's ideas and thoughts expressed through art, combined with food and drinks. And the man behind the art is equally intriguing.

Luna's job at Arizona Western College is to teach the students not only art but also the history behind it.

Born and raised in Prosser, Wash., Luna attended Washington University and earned a Bachelor's in History in 1996. In 2002, he received his Master's at the University of Idaho. Luna also has worked in ceramics art and sculpture for about 15 years -- a profound experience evident in his art show.

The main idea of the show is to depict immigration and his Mexican-American heritage. On display was a mix of studies over the last five years in Yuma, most of it influenced by myth and by other miscellaneous and debris art work. Some was also influenced by a few of Luna's students.

Luna says he was especially fascinated by the mythical aspect of life when he was younger. He now uses those ideas while working with clay to bring his beliefs into reality.

Much of Luna's work has been recognized across the U.S., with his most recent exhibition at a showcase for Loyola University in Chicago, Ill. More of his work has been accepted to a nationally juried exhibition this coming spring at Eastern New Mexico University from Jan. 30 to Feb. 25.