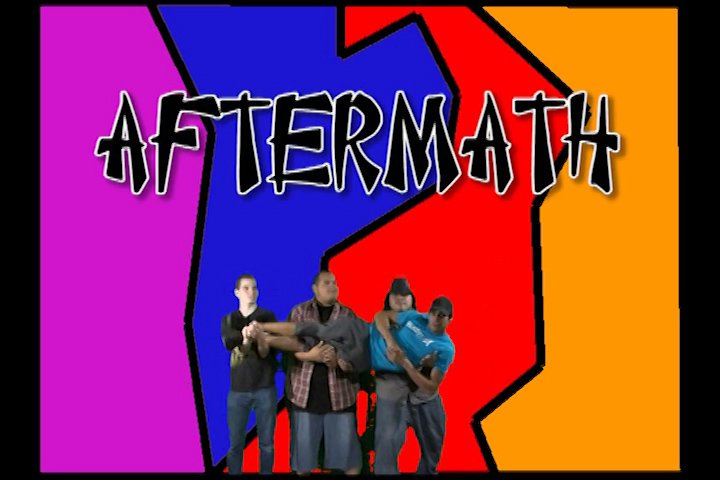 AWC has a new show on the horizon! Sherry Needham, professor of TV Productions, has made it possible for Media Art majors to participate on AWC Channel 74. Her former students Manny Almodova, Alexis Duron, Marcelo PeÒa and Roy Hesley are the brains behind the new show, Aftermath.

Aftermath includes a variety of material: fun, information, challenges and entertainment. The show's crew wants the community to be involved with the show. They are asking members of the community to propose any ideas they may have for use in future segments.

River Tubing -- This presents the river tubing experience in Yuma and the business of renting river tubes, helping residents to drift along the river for a relaxing time in the sun with a couple of friends or family members. The crew takes you along the Colorado River and introduces information on river tubing.

Zombie Skit -- Marcelo and friends put together a segment resembling scenes from the zombie movie The Walking Dead, with flesh-eating zombies walking around Yuma.

I-dosing -- This is a close inspection of a so-called digital drug -- a repetitive beat designed to make people believe they are in another state of mind. Many sounds and vibrations set a mood for the listener, and the crew gives it a shot to see if it really is all its hyped to be.

Local talent -- Yuma has a lot of talent, and the crew looked for those who were brave enough to demonstrate their talents, from crazy mini-bike freestyle tricks to tap dancing.

Stage 1 -- Director Marcelo PeÒa creates the feel of a video game in this segment, which includes a four-minute fight scene with various characters. Manny, a trained fighter in this segment, must fight a few hoodlums before getting to the main boss of the stage.

How did the idea of creating a new show come about?

"It gives us an awesome opportunity to come up with our own segments," said Almodova.

"We're trying to produce more content for Channel 74 because all you see is billboards all the time," added PeÒa.

"We are open to suggestions for any film ideas; send them in to us," says Duron.

You can view the posted videos on Facebook at http://www.facebook.com/home.php?#!/AftermathTV?v=wall