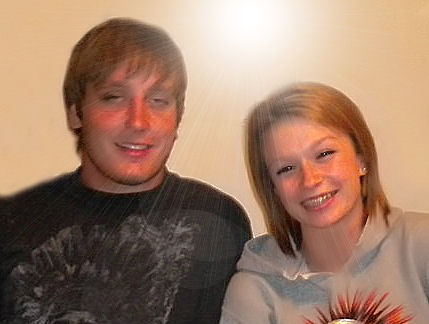 Too young to be married

Recently I was invited by a friend to attend a wedding. She wanted the company and I had nothing to do on that particular weekend. Naturally, I wanted to know whose wedding it was and if I knew them. I was surprised to hear that the girl getting married was a former classmate.

The first thought that came to my head was, "Is she pregnant?" She wasn't. I then asked, "Is he joining the Army?" He wasn't. So, why were they getting married?

My friend told me it was because they loved each other and I couldn't help but think, "So?" This isn't the first time I've thought about this. I attended a former friend's wedding in June and just recently learned another had gotten married as well. Is that the new trend -- instead of getting knocked up, get married really young?

At nineteen going on twenty, all I'm thinking about right now is getting through school and saving up to transfer to an out-of-state college. Getting married or anything close to a relationship like that is the furthest thing from my mind. Frankly, I don't see the need to tie myself down in a town where I know I won't go anywhere.

What bugs me the most is that, at this age, I don't think people are mentally capable of making a huge decision like getting married. We're too young to know what love really is and the pain it takes to keep it and make it last.

I don't think I'm being cynical, just realistic. I know there are some instances where high school sweethearts last, but those are few and far between. I don't think love is enough at our age.

My former friend who got married in June was dating her boyfriend since seventh grade. She decided that the next logical step was to get married despite the fact they had been on and off again for six years, living in different cities sometimes. I wish her the best of luck, but wouldn't be surprised if it didn't last. He, at least, did something and joined the Army; maybe that will hold them together.

As for the other two, I just don't get it. Why after two years of dating do they suddenly jump into marriage? What's the big rush? Do they think it will be some kind of fairytale, like being a teen mom? Instead of getting pregnant and living the fabulous life of a young mother, be a fabulous young wife instead?

Dream on, Snow White. Too young to be married