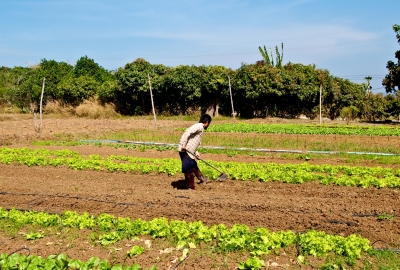 English Professor Ellen Riek recently introduced the immigration debate as a topic to write about in her 101 class. The papers that were written are the result of an in-class debate about immigration among AWC science cohort students enrolled in an ENG 101 class. Each side won "rounds" during the debate, based on their individual claims & support for those claims, but the debate ultimately ended in a (much contested) tie. The in-class debate then led to the mid-term exam, where students were asked to write a short persuasive essay taking a stand on the topic of the debate.

Professor Riek has shared some of the papers she received from her students on the extremely controversial topic.

Illegal immigration places a great strain on the US economy. This fact has never been more evident to US economists than now. In 2004 economist and scholar from the Heritage Foundation (a conservative think tank), Robert Rector, published the study "The Fiscal Cost of Low-skill Households to the U.S. Taxpayer." To the uneducated eye this study would have little to nothing to do with illegal immigration, but Rector chose to look simply at low-skilled workers because an estimated two-thirds of illegal immigrants fall into that category compared to slightly less than ten percent of native born Americans. According to Rector's study "Over the next ten years that total cost of low-skilled households to the taxpayerÖis likely to be at least $3.9 trillion," with at least two thirds of that number being able to be directly correlated to illegal immigrants. One might argue that illegal immigrants pay taxes to the US government and funds raised from those taxes would be able to pay for the benefits used, but this is simply not true. According to a study done by the state of Colorado 217-225 million dollars were spent on education for unauthorized illegal immigrants, whereas only 159-194 million were collected in taxes from the same group. This statistic only takes into account the educational, not health benefits, leading one to believe that the actual drain on Colorado (a state that does not even border Mexico) and their economy could be much greater. With all of these factors pointing out the negative effects illegal immigration puts on the American economy, one must ask what can be done. The answer is simple: enforce the laws that are supposedly already in place.

If the US Government would enforce the laws that are already in place the problem of illegal immigration would not be as severe as it is now. In 2006 the US Government passed the law ordering 700 miles of double layer fence to stretch across the US-Mexico border. As of 2010 there were only approximately 34 miles put up. Senator Jim DeMint of South Carolina has been working on getting the issue resolved but to no avail. With single layer fences already stretching across the border, one might ask if a double layer fence would make any difference. According to Senator DeMint "An area which at one point had 480,000 incidents with illegal immigrants in a year reduced to approximately 100,000 incidents after San Diego County put double layer fencing"(DeMint). Senator DeMint wants people to understand the great benefit a double layer fence would have, it just needs to be built. The funding for the fence is already there, it just needs to be taken advantage of.

The US government needs to stop illegal immigration by enforcing already existing laws because of the major drain on the economy. If the US economy is to be expected to improve any time soon the government must take care of the immigrants that are draining the economy illegally.

The issue of illegal immigration in the United States is one of much concern for many Americans. It has become a major problem that seems almost impossible to solve. Illegal immigrants offer cheap labor for positions often less popular to citizens of the United States, which can be beneficial to our country's economy. However, it can also be an extra, unnecessary expense because of the measures they go to in order to get here and stay here. There is and has been much debate about what should be done to resolve or lessen the severity of this issue, but any possible solution seems detrimental to the nation.

The United States is a country built upon immigrants. Our country takes pride in the fact that it is a "melting pot" where rights, equality and fairness are guaranteed to all people. It is understandable that illegal immigration takes place primarily because the immigrants wish to better their lives. It is a positive thing to have a mix of people living in the United States, but when the country is taken advantage of by people who are not citizens of this country it becomes negative. President Obama recently commented,

I think the American people have a generous instinct. They understand that we're a nation of immigrants. But if those folks [illegal immigrants] are going to live in this country, they have to be put on a pathway to citizenship that involves them paying a fine, making sure that they are at the back of the line and not cutting in front of people who applied legally to come into the country.

It seems that there needs to be some kind of compromise keeping both this country's and the illegal immigrant population's best interests in mind.

The presence of illegal immigrants in the United States can be beneficial for the economy provided the immigrants are hard working and willing to do labor that no one else is. Many agriculturalists rely on these workers to maintain stability and keep from going under. They offer farmers an opportunity to spend less money for necessary labor. If permanent deportation of illegal immigrants were to take place, it would hit the country hard, and we would face a significant economic downturn.

Illegal immigrants in the United States become a detriment and a strain on the country's economy when they take advantage of the school systems, the government, healthcare, and benefits. According to President Obama, "Millions of undocumented immigrants live and work here without our knowing their identity or background." Much debt in the United States can be attributed to illegal immigrants. Many of them do not pay taxes because they get paid under the table. Many of them take that money back to Mexico, and the United States economy is at a loss because it never sees it back in circulation. And hospitals are flooded by illegal immigrants taking advantage of free healthcare, leaving the hospitals responsible for that cost.

It is obvious that something needs to be done, maybe not something as extreme as opening the border completely or preventing illegal immigration by any means necessary, but an agreement or compromise. As President Obama has suggested,

We [the United States] need to strike a workable bargain with them. They have to acknowledge that breaking our immigration laws was wrong. They must pay a penalty and abide by all of our laws going forward. They must earn the right to stay over a six-year period, and then they must wait another five years as legal permanent residents before they become citizens. But, in exchange for those penalties, we must allow undocumented immigrants to come out of the shadows and step on a path toward full participation in our society.

It is recognized that something needs to be done, and we are on the threshold of taking a step in the right direction.

In conclusion, illegal immigration is not as much of a problem as many people think. Most of what leads people to be against illegal immigration can be argued to be true for legal immigration as well. Illegal immigrants should not be judged negatively, because their reason for coming to the United States is understandable. According to Ponnuru, "It is easy to blame them for the failures of our immigration policy." But, in the end, government should try to solve this problem by giving more opportunities for these immigrants so they don't cross illegally.