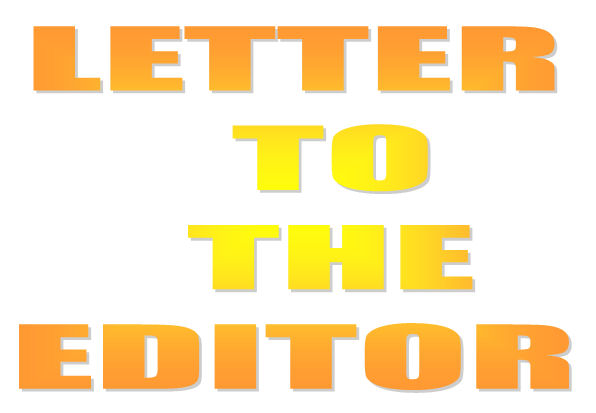 Letter to the editor: Illegal Immigration

"I have lived in Arizona for 23 years, 13 of them in Yuma, and I am astonished at the level of ignorance and bigotry about people "South of the Border." This attitude came through most clearly in your recent publication of an essay written by Ryan Price, written for his English 101 professor, Ellen Riek. I realize that Ryan is using his research of government publications to justify his opinion, but he ought to someday read a book called "How to Lie with Statistics!"

The average immigrant in the U.S.A. is lucky to earn $7,000/year. Illegal immigrants may be lucky to earn half that much! If this is Federal Poverty Level, how much do you think their taxes should be? Why not tax huge American corporations, who take their business to China to avoid paying taxes? One of those Corporations owes more taxes than a million "illegals"! {Editor's note: President Obama recently proposed tax incentives to reward companies that create US jobs. He wants to end tax breaks for companies that send jobs overseas. )

The average "wait" for citizenship papers is 5-10-15 years. Would you wait that long to feed your family? They'll be grown up by then!

While waiting for their "papers," the average "illegal" mops the dirty floors you walk on, washes the toilets you use, makes your hotel bed, cooks your dinner, cuts your grass, plants your flowers, cares for your growing vegetables and fruit and never complains about any of it! They are also bullied by classmates, chased by gangs, arrested by police, lied about by attorneys and incarcerated for the crime of "wanting to live in America!"

MY grandparents and Great-Grandparents were Polish immigrants to this country in 1900. If they had stayed where they lived (in Eastern Europe), they would have been murdered during the Pogroms or Holocaust. They came here for a better life for their children and grandchildren! Due to the Immigration Laws in 1900, they could only come here one by one, as guests of my great-uncle, who ran away from serving in the Czar's army. They slowly learned to read English, but it took three generations. (My own mother did not speak English when she first entered school!) But they became the pride of the community, running their own businesses and graduating from school --with honors!

People from Mexico, England, Korea, Japan and India are NOT "putting a drain on the economy"; they are contributing to the economy! If you don't like them being here, make your own bed, cook your own food and scrub your own toilet when you go on your next summer vacation; cut your hotel or government-building grass and grow their flowers; and get down on your hands and knees to pick the bugs off the lettuce plants growing in the fields! ...And then get down on your knees and thank G-d that you were lucky enough to do this on American soil, even though you are receiving "dirt pay" for doing it -- and being "treated like dirt" as well by American citizens who "forgot where they came from." Then you will know how an immigrant feels.