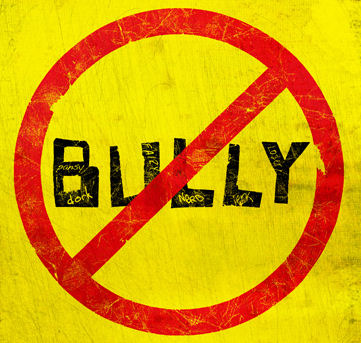 Award winning documentary, Bully, presented at Harkins through May 23

The much awaited one hour 34 minute, PG-13, beautifully cinematic, character-driven documentary Bully, will be shown in Yuma once daily starting Friday, May 18th at 11:00am and concluding May 23rd at the Harkins Yuma Palms Theater. The Bully Project's official promotional trailer may be seen at:

Harkins Theater is applauded for not only providing Yuma with diverse entertainment but also for heeding the call for civic responsibility in bringing this documentary to Yuma.

The film was in "limited release" and not scheduled to be shown in Yuma until the importance of doing so was pointed out in a letter to Harkins' Corporate offices from The Amancio Project. Many rallied in a community wide effort to bring this important film to Yuma including The Regional Center for Boarder Health, Back to the Basics Please, Generation Y 2000 Diversity Center, PFLAG Yuma (Parents, Families, & Friends of Lesbians and Gays), Yuma County Gay Rights Meetup, and a cross-section of concerned citizens and local legislators.

This year, over 13 million American kids will be bullied at school, online, on the bus, at home, through their cell phones and on the streets of their towns, making it the most common form of violence young people in this country experience. Three million students will be absent because they feel unsafe at school. Bully is the first feature documentary film to show how we've all been affected by bullying, whether we've been victim, perpetrators or stood silent witness.

Like a real time therapy session for anybody who has ever been bullied in school, Bully (originally titled The Bully Project), is one of the timeliest documentaries ever released. It gives audiences an inside look at bullying in today's public schools by actually documenting a few victimized teens (ranging in ages from 12 to 16) as they are in the midst of day to day social bullying.

Bully begins with the story of a boy named Tyler, who killed himself as a direct result of being constantly ridiculed and physically abused from his peers at school. Director Hirsch films Tyler's parents as they discuss the dire epidemic that is school bullying today, and then we get to see bullying through the eyes of a child in a heartbreaking reality, as Hirsh introduces the audience to Alex, age 12. Alex is an undersized boy who is subjected to constant ridicule and scorn from his peers. Hirsch follows Alex as he is seen getting his lunch stolen, physically hit in the back of the head, shoved to the ground and in one case stabbed with a pencil on the bus (as the bus driver does nothing).

The tragic mental and physical abuse this child goes through will reduce many audience members to tears instantaneously. For others, the emotional damage this young man goes through on screen will be nothing less than anger inducing. If you had forgotten how bad it was being a teenager when you went to school, Alex will serve as a not so subtle reminder of how brutal some kids have it. And what's worse is Hirsch's depiction of how out of touch the adults are with their children, in conjunction with how seemingly unflinching school administrators act when confronted about bullying in their own schools.

Poster by AWC Marketing and PR