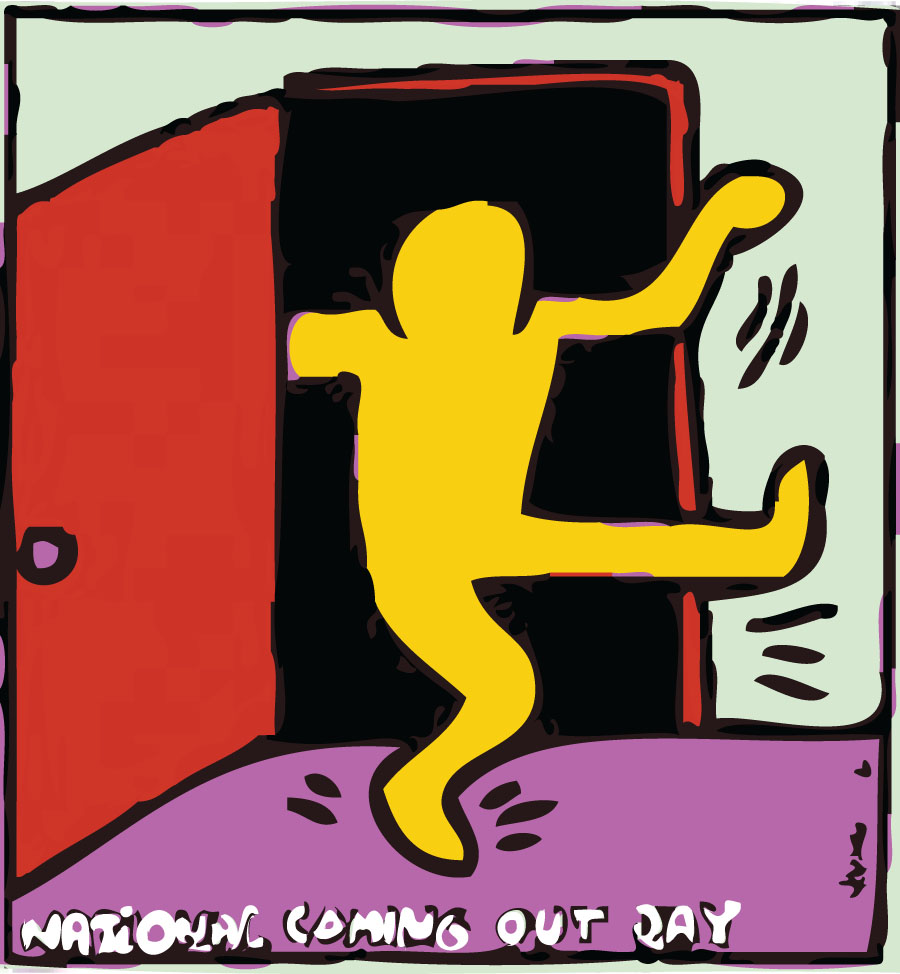 It's a Beautiful Thing

Arizona Western College hosted the Yuma area observation of National Coming Out Day (NCOD) on Oct. 11. NCOD was founded in 1988 in New Mexico and is now an internationally observed civil awareness day celebrating individuals who publicly identify as lesbian, gay, bisexual or transgender (LGBTQ) -- coming out regarding their sexual orientation or gender identity.

To open the evening, the British film "Beautiful Thing" was shown, the story of a young man, his mother and his relationship with the young man next door, as they discover their love for each other and all the complications of coming out. The film depicts them struggling to understand what accepting and acknowledging their gay relationship means to them, their family and friends.

The event was sponsored by several of the groups that today provide support for members of the LGBTQ group and to society in understanding and accepting that it is okay to be different -- AWC's GSA4= (Gay, Straight, Allies For Equality); Parents, Family and Friends of Lesbians and Gays (PFLAG) Yuma; Yuma County Gay Rights Meetup; and The Amancio Project.

Michael Baughman, a long-time activist in the Yuma area, founded the Amancio project to find and bring to trial the murderer of Amancio Corrales, a 23-year old gay man. The Amancio project now focuses on bringing attention to bias-based crimes, suicide prevention and bullying in Yuma County. The Amancio Project can be reached at www.TheAmancioProject@gmail.com or call 928 245-4856.

Baughman also started the first local gay activist group, the Yuma County Gay Rights, in 2004. He tells of advice from his father that has deeply influenced him: "The truth hardest to tell is the one that needs to be told the loudest."

Jody Michaud represented the local PFLAG chapter -- a family-supportive, diversity-celebrating group that gathers on the fourth Sunday of every month, providing an opportunity for dialogue about sexual orientation and gender identity.

"PFLAG promotes the health and well-being of LGBTQ persons, their family and friends through: Support, to cope with an adverse society; Education, to enlighten an ill-informed public and Advocacy, to end discrimination," reads the PFLAG motto.

Michaud, the mother of a lesbian daughter, spoke of her experience with her daughter coming out and her coming to terms with the change in her expectations for her daughter's life. The organization's email is www.Pflagarizona.org/Yuma; the phone number for Jody Michaud is 928-580-9553.

Mary Kay Harton, AWC dean of Campus Life, said, "Arizona Western College is committed to providing a safe and welcoming campus for all of our students including those in the LGBTQ community.

AWC provides "Safe Zone Training" to educate allies for the LGBTQ community here on campus. An ally is defined as "a person who is a member of the dominant or majority group who works to end oppression in his/her/hir personal and professional life through support of, and as an advocate for, the oppressed population" (Washington and Evans, Becoming an Ally).

The AWC campus provides support for the LGBTQ community through the GSA4= Club and through planned events. Campus Life can be contacted for assistance of more information at 928-344-7593.