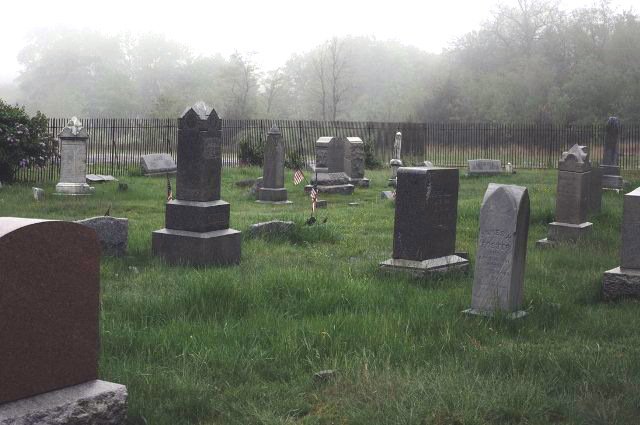 Fire Down Below: The tragic story of Centralia, Penn.

Imagine having a nightmare where you've stumbled into a barren landscape surrounded in mist and ash, where toxic gasses belch forth and the ground beneath your feet can collapse at any moment. Trees are blackened and burned, and the streets are eerily deserted and silent.

Now imagine you are awake and the nightmare is real. You are in Centralia, Pennsylvania.

I have always enjoyed traveling to unusual destinations, especially if their history is bizarre or out of the ordinary. I've been to Lizzie Borden's home in Fall River, Mass., and since I was already there, to Salem, site of the infamous witch trials. When I learned that the creepy, surrealistic video games and movie "Silent Hill" -- where the main character dreams that she sees the town of Silent Hill covered in mist and ash -- were based on the real-life town of Centralia, I knew I had to visit and learn more.

It's not the easiest place to find; it has been removed from most maps, and the U.S. Postal Service revoked its zip code in 2002. Once a bustling coal-mining town in eastern Pennsylvania, the town has been completely abandoned save for a few die-hard residents who refuse to leave. Most of the buildings have been torn down, the electric power lines cut. For all intents and purposes, it no longer exists.

In the American West, ghost towns are found everywhere, the result of mining booms and busts; but none of them died the slow, torturous death of Centralia.

Situated in beautiful eastern Pennsylvania, Centralia sits at the intersections of routes 61 and 43 in Columbia County. The first indication that something might not be quite right is that Route 61 leading into the town ends abruptly, and travelers are directed to detour around the town site.

The story begins in 1866, when Centralia was first incorporated as a coal-mining town. Sitting above a large vein of anthracite coal made it attractive to miners and investors alike. It is this valuable coal, which gave Centralia life, that ultimately led to its death.

In May 1962, the town of more than 2,000 residents was getting ready to celebrate Memorial Day with picnics and fireworks. Several members of the local volunteer fire department were hired to clean up the local landfill, located next to an abandoned strip-mining pit. The firefighters had done this for many years; however, the landfill had previously been in a different area of town.

This year, they did something else they had always done -- set the landfill on fire and let it burn. They dumped hot ash and discarded coal onto the trash pit to stoke the fire, but this time it was not extinguished properly. Some of the hot coals got into the vein of anthracite underground and lit a fire beneath the town. The firefighters and other volunteers blasted the burn site with water and believed erroneously that the fire was out. Eventually, though, it spread to abandoned mines underground and picked up energy

Since then, many unsuccessful attempts have been made to extinguish the fire. Trees and other plant life began to blacken and die in areas where the fire was burning closest to the surface. The ground became unstable in places, and Route 61 running through the town had to be closed because sections began sinking and releasing noxious gases and hot steam into the air.

In 1984, Congress began offering to buy out residents so they could relocate due to Centralia's uninhabitable conditions. Most residents took the government up on its offer, but there was a contingent who refused to leave, believing that the government was trying to kick them out because it wanted access to the valuable coal reserves underground. The theory was that Pennsylvania was waiting for them to leave so it could rush in, put the fire out, and start mining the coal reserves.

In 1992, the Commonwealth of Pennsylvania exercised eminent domain over the town, condemning all of the buildings left standing. The remaining residents filed a legal challenge against the eminent domain claim but lost, and in 2009 the Pennsylvania governor began the formal eviction process of the holdouts. As of 2010, 10 residents remain.

Today, the coal fire covers about 400 acres. If it cannot be extinguished or contained, it is expected to burn for at least 250 more years -- possibly as many as 1,000 years -- eventually threatening surrounding communities. Nature has reclaimed much of the town, with the paved streets and lots where buildings stood now overgrown with grass and brush -- except in those spots where nothing can grow. The three cemeteries in the town are still maintained, but one of them is surrounded by steam and smoke that rises into the sky, giving it an especially eerie appearance.

Signs posted throughout Centralia warn of its hazards -- unstable ground, toxic fumes and fire -- yet it is a popular destination for ghost-town enthusiasts and curiosity seekers like me. I had to walk carefully and wear a mask as I explored the town due to the unstable ground and the presence of carbon monoxide.

The geologic properties that make anthracite coal such a valuable fuel are also making it a nightmare for humans to confront and conquer. The next effort to extinguish the fire may involve a controlled blast to open up an area large enough to access the fire, followed with massive flooding; but all residents will have to be gone before that can take place.

In the meantime, Centralia stands silent and still, covered in mist and ash.