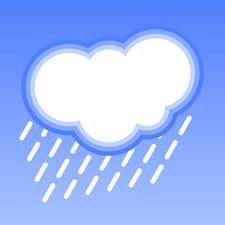 Sometimes I feel like Bill Murray in the movie Groundhog Day when he wakes up every morning and it's a repeat of the day before.

Not that I'm complaining, but where are the seasons in Yuma? It's like being perpetually stuck in summer, only it's November.

I wake up every morning to beautiful sunny weather, and all of a sudden 70 degrees is cold to me! My mind and body are confused. I should not be wearing shorts for Thanksgiving.

See, I'm from the rainy state of Oregon -- the really rainy city of Eugene, to be exact. Since I left my home in August, Eugene has had about 15 inches of rain. Yuma, not so much. The average annual rainfall here is 3.01 inches. Yesterday, Eugene had 3.11 inches of rain in a 24-hour period.

Along with the onset of rain, as the summer ends in Eugene, the temperature drops. Leaves turn color, frost appears on windows and my car takes ten minutes to warm up. This is called fall, a season that settles into Oregon for about two months and leads us into winter.

Winter consists of cold driving rain and occasional snow, and with the snow comes the cancellation of school. I am sure Yuma has never had a snow day. Too bad, they are amazing.

Just when it seems as though winter will never end, the weather warms up (by which I mean about 50 -- six degrees less than Yuma's lowest average temperature in December), and flowers start blooming. The rain continues to fall, but it's softer and not so frequent.

Summer takes forever to get to Eugene and plays a wicked game of beautiful one day then pouring rain the next. Eventually in August there might be a week or two without rain, and then it gets hot. And by hot I mean occasionally in the 90s, which in Yuma would be a welcome reprieve from the 100-plus temperatures that time of year.

So you see why this forever dry, warm weather is foreign to a guy who is just now losing his webbed feet. And, while I used to long for the days of summer and prayed to the Gods that the rain would stop, living the past few months in Yuma had me looking forward to the holiday break, when I could step off the plane and embrace what we Oregonians call "liquid sunshine."