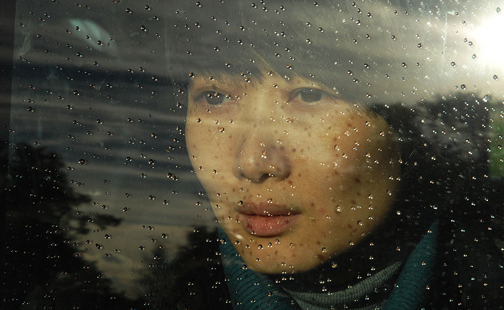 THURSDAY at the THEATER

Thursday at the Theater

The following are the Fall 2013 films along with a synopsis of each:

October 3, 2013 -- Shun Li and the Poet (Italy | 2011 | Drama | Italian & Mandarin w/ English subtitles | 100 minutes). Shun Li works in a textile factory near Rome, slowly paying off the broker that brought her from China to Italy, while saving money so she can bring her young son to join her. She is suddenly transferred to work as a bartender at a pub in a small town along the Venetian Lagoon. The pub is the hangout of the local fishermen, including Bepi, a handsome old Slav immigrant nicknamed "The Poet." A tender, delicate friendship grows between Shun Li and Bepi. But gossip soon threatens their innocent relationship, a bond that had once transcended two very different, yet not at all distant cultures.

November 7, 2013 -- La Sirga (Columbia, France, Mexico | 2012 | Drama | Spanish w/ English subtitles | 88 minutes). Alicia is helpless. War memories invade her mind like threatening thunder. Uprooted by the armed conflict, she tries to reshape her life in La Sirga, a dilapidated hostel on the shores of a great lake in the highlands of the Andes. There, on a swampy and murky beach, she will try to settle down until her fears and the threat of war resurface again.

December 5, 2013 -- Aliyah (France | 2012 | Drama | French w/ English subtitles | 90 minutes) Alex, 27, lives in a working-class Paris neighborhood and sells drugs for a living, continuously paying off the debts of his brother Isaac (played by French auteur Cedric Kahn), who's becoming a real burden. When his cousin, who has just returned from completing his military service in Israel, tells him he's opening a restaurant in Tel Aviv, Alex thinks that joining him might be the life-changing opportunity he was waiting for. But in order to leave, Alex must quickly find enough money and accomplish his "aliyah" (the term for Jews immigrating to Israel), which involves, among other things, Hebrew lessons and connecting with his Jewish roots. He also has to leave behind his beloved city of Paris, his former lover Esther, his lifelong friend Mathias, and Jeanne, a woman whom he's just met but has the potential of becoming someone important in his life. Torn between making his aliyah, his drug selling, his complicated love life and a destructive brother, Alex will have to find his own way and make a final decision.