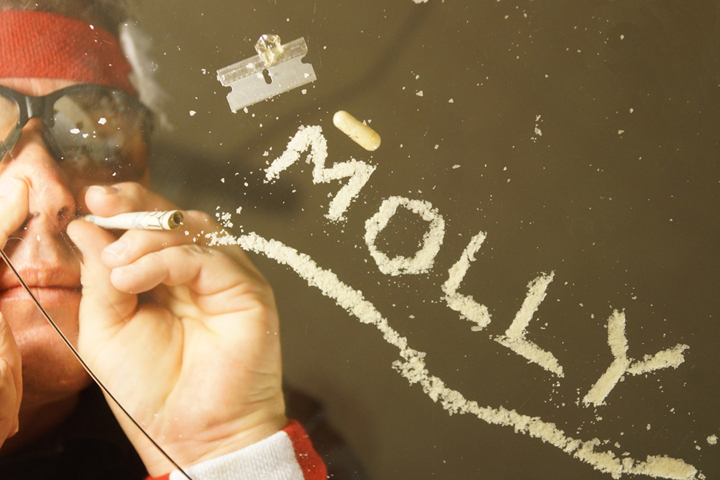 "Molly" is the dangerous new drug in town for the millennial generation. This popular synthetic concoction claimed the lives of two young people in New York City over Labor Day Weekend Music Festival.

Molly, a form of the synthetic drug ecstasy, or MDMA, seems to be the social drug of choice for many young people at parties and festivals. Celebrity Miley Cyrus sang about Molly's attributes on her latest album and raved about it to Rolling Stone. Others such as Madonna, Lil Wayne and Kanye West have also sung the drug's praises. DJs are known to support its use by blending melodies and beats in a sequence that enhances the up and down, or "rolling," feeling that Molly produces to increase the user's energy and sociability levels.

The Drug Enforcement Agency notes that Molly can cause confusion, anxiety, depression, paranoia, sleep problems and drug craving. Other health risks include anything from involuntary teeth clenching, sudden loss of appetite, loss of inhibition, transfixion on sights and sounds, nausea, depression or sadness, inability to get out of bed for extended periods, blurred vision and chills, sweating, increased heart rate and blood pressure, and even seizures.
It is difficult for law enforcement or parents to detect Molly's presence because it usually doesn't show on a toxicology screen.

Although it seems that the millennial generation is the one most known in the media for taking the drug, there is no age discrimination with this drug. A recent DEA statement on Molly's use indicates that middle-aged professionals are the newest group obtaining and experimenting with the drug.

Molly is being marketed as pure MDMA and as organic, natural or holistic. However, dealers mix Molly with other substances; Molly is MDMA mixed with other products such as rat poison, acids and other chemicals.

Pretty ugly for a lady with such an innocent name.