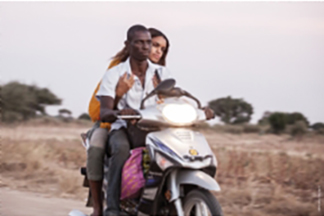 Synopsis Despite a bum leg, 25-year-old Grigris has hopes of becoming a professional dancer, making some extra cash putting his killer moves to good use on the dance floor of his local club every weekend. His dreams are tested when his step-father falls critically ill and he's forced to risk his future by smuggling oil to pay the hospital bills. When he befriends Mimi, a beautiful but damaged prostitute, the two will try to start a new life together. But as bad decisions begin to catch up with them, they'll have to run for their lives. Their pasts, however, are never far behind, bringing them to a perilous climax.

"Ö.One of those rare films that manages to capture an entire period within an intimate slice of life." -- Ang Lee, Oscar-winning director

Synopsis: Set in Singapore during the 1997 Asian financial crisis, Ilo Ilo chronicles the day-to-day drama of the Lim family -- troublesome grade-schooler Jiale and his overstressed parents, Heck and Leng. Comfortably middleclass and with another baby on the way, they hire Teresa, a Filipino immigrant, as a live-in maid and nanny. An outsider in both the family and Singapore itself, Teresa initially struggles to manage Jiale's antics and find her footing in her new community. The two eventually form a unique bond; but just as Teresa becomes an unspoken part of the family, unforeseen circumstances in an uncertain economy will challenge the new normal yet again.

Synopsis: Anne has a very active imagination, only natural for a writer. But in her mid-thirties, she still knows practically nothing of her own family's past. After her mother's death, Anne discovers old photos and letters that convince her to take a closer look at the life of her parents, Michael and LÈna. The young couple met in the concentration camps during World War II, later moving to France to start their new life together. Soon, Anne's research into their Jewish history and their ties to Lyon's communist party reveals the existence of a mysterious uncle, Jean, whom everyone seems intent on forgetting entirely. As she gradually closes in on the discovery she didn't know she was looking for, her father grows ever more ill, and may take the secret that kept them apart for so long to his grave. In a journey that stretches from postwar France to the 1980s, Anne's destiny intertwines with her father's past until they form a single, unforgettable story.

Synopsis: Hardworking family man Jorge is just barely making ends meet. When he gets mugged by Kalule, a neighborhood delinquent, Jorge's son decides to confront Kalule, only to get himself shot in the process. Sentenced to a scant two years in prison for the offense, Kalule, released and now intent on revenge, goes on the warpath, terrorizing Jorge's family. With his wife, son and daughter at the mercy of a thug, Jorge has no choice but to take justice into his own hands, and live with the emotional and psychological consequences.