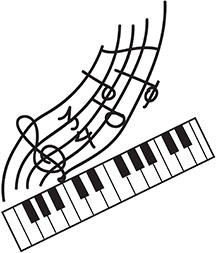 From nonsense to logic

Marshall Mathers aka Eminem has been in the game for 15 years now rapping about his personal life and the misadventures of his counterpart Slim Shady. For 15 years he has been through many ups and downs, making him stronger and setting himself apart from any other rapper, but it seems like the game is taking a toll on him since many of his foul language has upset other celebrities and the fire is going out.

Since most of his lyrics strike out at popular singers, actors and even games, you never know when you're going to get hit but most of them take them seriously. You have to consider that Marshall has been through a tough life gaining his vicious rage, that and his ability to bend and tear through words. Most people don't get it, complaining about how he offends them.

Yes, some of his lines are disturbing, like in the song "Vegas," where he sings about raping Iggy Azalea: "So what's it gon' be? Put that s*** away Iggy. You gon' blow that rape whistle on me."

Many celebrities do not appreciate lyrics like this. Iggy later commented on the song on her twitter feed, saying, "I'm bored of the old men threatening young women as entertainment trend and much more interested in the young women getting $ trend. Zzzz, it's especially awkward because my 14 year old brother is the biggest Eminem fan and now the artist he admired says he wants to rape me. Nice!"

Marshall has made it huge for not only abusing women but also for revealing his life and his outlook on it. This man isn't a monster; he is just angry inside and has been slowly reliving through his songs everything that has happened to him.

Many people believe his newest song, "Guts Over Fear," was originally meant for Iggy apologizing to his ex-wife. But I think this song was his redemption from his whole life, apologizing to everybody he has hurt, singing, "And it just breaks my heart to look at all the pain I've caused." When he sings, "But what am I gonna do when the rage is gone? And the lights go out in that trailer park?" he reveals that his rage fills his lyrics, but it's slowly fading and he doesn't know if he's reached the end of his journey.

Stars like Ronda Rousey actually get the 42-year-old rapper listening to his song: "I got a Magic Johnson. It's like a Magic Wand allows me to not let a blonde arouse me. If Ronda Rousey was on the couch with the condoms out, holding a thousand Magnums at once to pounce me, I'll laugh in response to how she dances and flaunts it around me. Her flat little badonkadonk is bouncing around, and all I see is Paulie Malignaggi. She's slaughterhouse in a blouse."

She appeared on the Jimmy Kimmel show and was very positive towards Eminem but not exactly sure if it was a compliment or an insult. "Art isn't meant to be nice," she said, being very diplomatic.

Marshall doesn't hate anybody; he just uses that for his lyrics, but most people don't understand that. They just have to listen to the lyrics more deeply or just listen to his serious songs as Marshall Mathers, instead of ignoring him or raining on his parade because they assume that he actually wants to do those things or that he's jealous of younger female singers.

I think Marshall is tired and is just trying to do his best before his anger fades and stops.