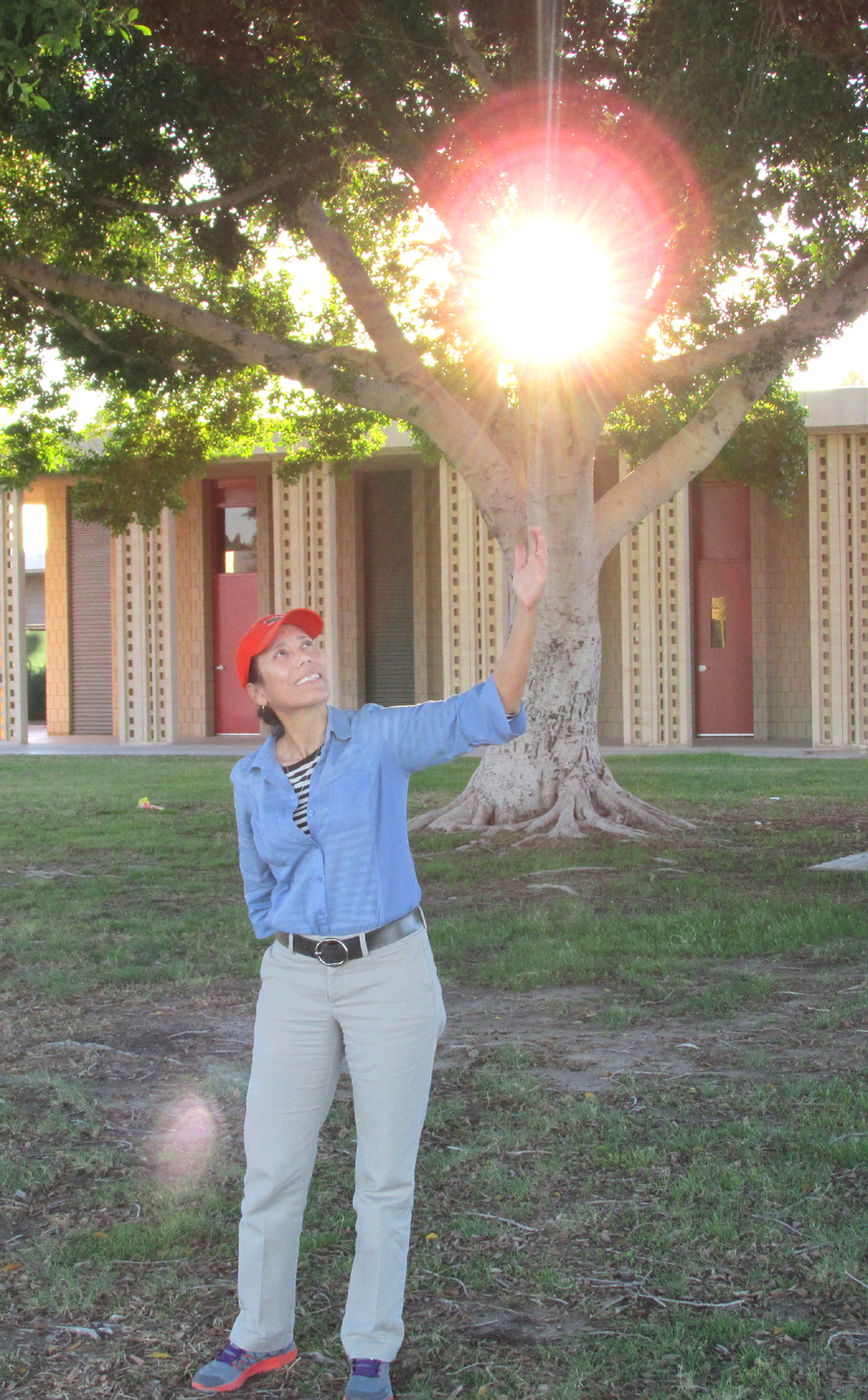 The wildlife rehabilitation program at Arizona Western College offers facilities for a variety of predatory birds, like falcons and hawks, and other creatures that are indigenous to the desert Southwest.

In this rehab program, run by Dr. Cecilia Vigil and Dr. George Montopoli, aspiring biologists can gain experience in their chosen field.

"The school is so supportive of this program in letting students receive a hands-on, local approach to gain experience that will help them later in life," says Vigil.

On-campus facilities range from aviaries to large pens for tortoises. However, the program currently has no centralized building.

Since its inception, the program has housed and stabilized, on average, approximately 60-80 predatory birds a year. The College, however, is used only as a resource and not as a headquarters for the rehabilitation of the many animals that come through every year.

Rehabilitation of the animals is only half the battle. After they recover, the AWC wildlife program, in coordination with the Arizona Game and Fish Commission, has to decide whether the animals get sent to a zoo or are released back into a natural setting. This decision is dependent on such factors as the amount that they have been exposed to humans.

Because the animals that come to these facilities are indigenous to the local area, some can be released in surprisingly close places. On more than one occasion owls have been released on campus and currently reside in habitats just outside the AWC dorms.

The program started in 2007 with Montopoli's original rehabilitation certification. His experience with the rehabilitation of animals is not limited to his time at AWC, though. Since 1978, he has been rehabilitating predatory birds in areas such as the Grand Teton National Park in Wyoming, where eagles are common. In fact he was in the first group of researchers to follow eagles that the team had tagged 1500-1600 miles, all the way to Saskatchewan in Canada.

The most exciting thing about this program is that anyone can get involved, from prospective students in the veterinary field who want to receive hands-on experience in how to stabilize animals to others who may just want to donate to the cause, monetarily or otherwise.

For interviews of Vigil and Montopoli and of a predatory bird in "Alcatraz," go to http://youtu.be/nfiMtrRqIcY.