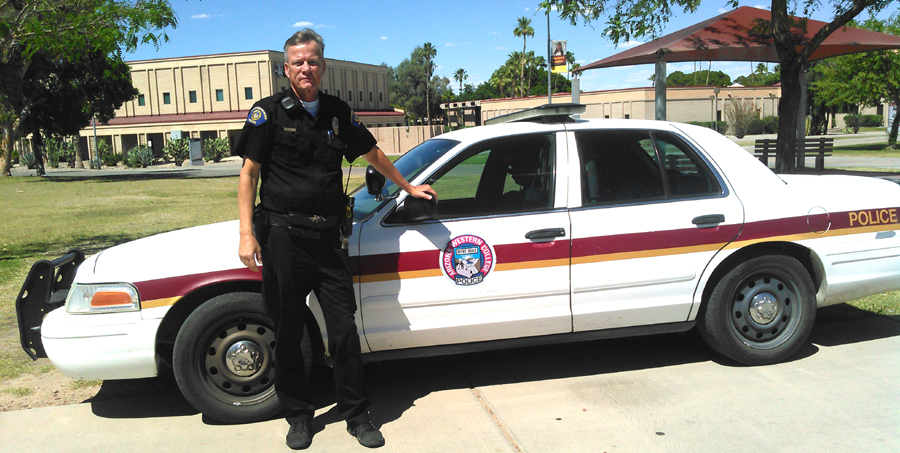 To serve and protect

Interested in a career as a cop? Well, forget what you've heard about the police from movies and television shows. The job isn't always about action, car chases or shooting up bad guys. It's really about keeping the peace and remaining vigilant when needed.

Men and women who work in law enforcement lay their lives on the line as they are faced with dangerous situations, doing what they need to do to ensure the safety of the people in their community. However, most police officers do offer other services as well, such as running special events to raise awareness.

"I supervise and monitor officers' activities," said Sgt. David Rodriguez of the Wellton Police Department. "In addition, I do administration work. I patrol the town limits and watch out for illegal activity or anything that looks unusual."

Police don't sit around eating donuts and waiting for calls to come over the police band. They work around the clock, conducting surveillance on areas where crimes most likely to occur. And it's not just neighborhoods and street corners that police officers protect, but the campus of any college and university, especially on the campus of Arizona Western College.

In fact, the AWC Campus Police are on patrol as part of their daily routine to provide safety for the students on and off campus. Aside from patrolling the college, the campus police are also on call for the neighboring area of the community.

"It's everything mixed in, good, bad and ugly," says Lt. J.D. Worley of the AWC Campus Police.

Despite being one of the safest schools in all of Yuma County, AWC has had its share of crimes and misdemeanors on campus, and the police are always on alert for such cases as thefts, assaults, and even underage drinking and substance abuse.

"We offer our services in the agencies of the community," said Lt. Worley. "Seeing a police car helps slow crime."

Campus Police even offers programs to anyone wanting to pursue a career in law enforcement. There's a part-time academy at AWC taught on weekends and open to criminal justice majors, with courses centered on the various degrees of law enforcement.

Worley's advice to any students interested in a law-enforcement career?

"Stay out of trouble, stay away from drugs and don't let peer pressure get the best of you."