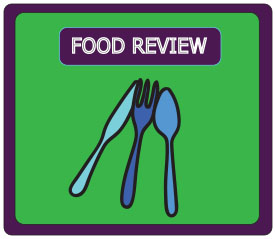 The desert night was beautiful as my wife and I drove to that popular bistro, the Olive Garden in the Yuma Palms Mall. There was a gentle, calming breeze, and the air carried the light, minty scent of oregano -- no doubt one of the many seasonings used for the authentic Italian dinners being served. As we approached the front of the building, we could hear the soothing sounds of water gurgling from a fountain.

Inside, the lights were dimmed, giving the restaurant a cozy, romantic feeling. Our server, a polite young woman, came to our table and introduced herself. She gave us a sample of the wine of the week, a bottle of Barefoot Moscato, which had a sweet, crisp taste.

Choosing an appetizer was hard because they all looked so good. We decided to order the sampler, which came with stuffed mushrooms, cheese sticks and fried zucchini. For the entrÈe I ordered the fettuccine with garlic Alfredo sauce, and my wife had the tri-color penne pasta also with garlic Alfredo.

The server brought us our drinks along with our salad and first basket of bread sticks with a side of tasty creamy ranch dressing. So far so good: it was delicious. The bread was fresh and soft and, I would like to mention nice and warm.

As we ate our appetizer we noticed the soft Italian music in the background, which added a lovely touch to the already soothing atmosphere. The entrees came right on time. As for the presentation, my wife's plate looked immaculate, but the rim of my plate had sauce and pieces of fettuccine on it like they had tossed the fettuccine in the same plate they served me on the. I cleaned the plate up myself, but first I took a before and after picture to show the manager.

When we finished our main course along with more salad and bread sticks, we were stuffed. It was a delicious mouthwatering meal that tasted heavenly; the Alfredo sauce was creamy and rich as well very satisfying to the taste buds.

Our waiter asked if everything was fine and handed us our check, which was surprisingly not too expensive. We sat at our table a few minutes more, pointing out some of the paintings that lined the walls made to look rustic like old Italy, giving the feeling of being in a small-town Italian restaurant.

As we started to walk out we stopped and asked for the manager, Sergio, and told him about the things I noticed as I walked in and throughout the night. We opened the doors, and there was that fresh air again, with its familiar minty smell.