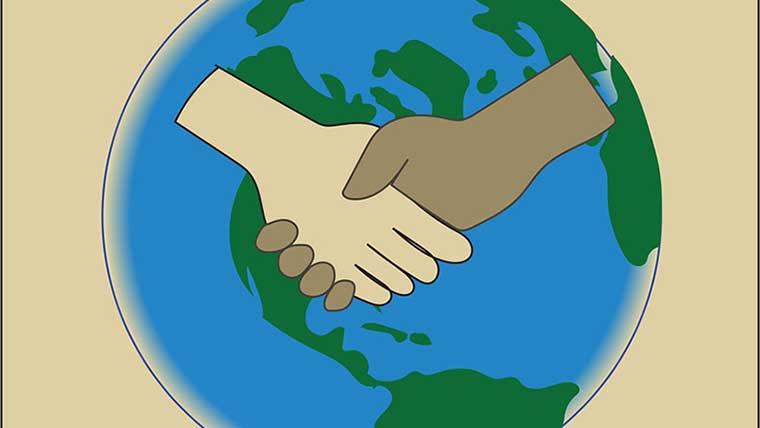 No, they’re not another rag-tag group of ex-military soldiers. Instead, the iTeam is a club full of diverse Arizona Western College students. The iTeam, or International Club, started with only international students in roughly 2005 and then opened up to all students in 2010.

Even though there are more local than international students involved, that doesn’t mean that there isn’t a wide variety of background and ethnicities in the club.

“We see ourselves as more of a team rather than a club,” said Ken Kuntzelman, club advisor and International Program director, adding that the team’s main goal is “to promote a multicultural perspective on campus.”

The iTeam hosts a variety of events, the most recent being the Multicultural Harvest Festival bake sale. People in many countries do not understand the importance of a harvest moon and why it’s celebrated, but in East Asia, it’s considered to be the second most important holiday  next to the Lunar New Year.

Joining in with the festivities, the iTeam set up a bake sale to acknowledge the importance of the event. They sold various pastries in order to raise money for the club – including the festival’s all-important moon cakes, a pastry eaten by most East Asian countries, such as China, Korea, Japan and Vietnam. It’s a delicacy in these countries once the mid-autumn festival comes around.

The team also is organizing a party celebrating the aforementioned Lunar New Year. The holiday falls on January 28 next year, so the party will be on the 26th. Food, games and music will be available during the day in the game room.

Since the club is filled with a dynamic diversity of students, it hosts an annual What a Wonderful World talent show, which includes an assortment of singing, dancing and acting from around the globe. WAWW has all the art forms of any other talent show, but with more emphasis on the cultural background behind the act or student.

Why join the iTeam?

In order to help people understand the unity of the human race, the iTeam gathers on Mondays at 4 p.m. in the Student Lounge in the 3C building. Without that knowledge, students will be missing out on the wide mixing pot of culture that makes up our faculty and student body.