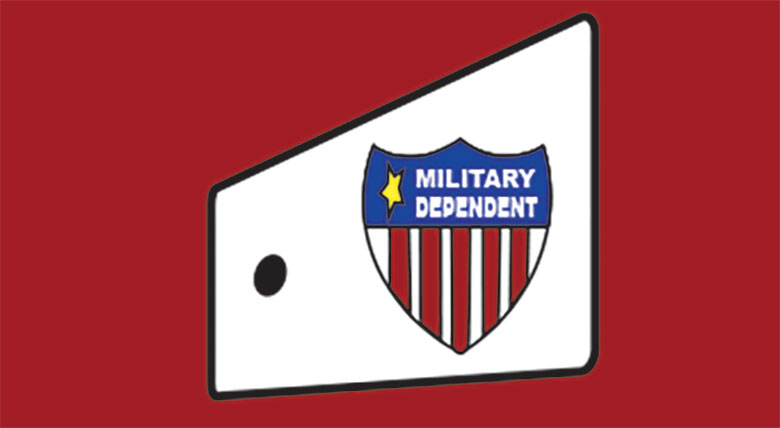 Struggles of a military brat

Being a military dependent child means moving around a lot. Creating new relationships with the people who live in those different areas can be fun. But moving can also be hard, and it can even cause chaos in the future.

The typical military child has to move every three to four years, and every move tends to be harder than the last.

“I had to move around a lot, but the hardest one was moving after I had started high school,” says Kellie D.

For her, it was a struggle making friends with new groups of people who have known each other all their lives. A new person feels like an outsider, wanting to be let into this existing clique of friends. And then the new relationships might not last; it takes a lot of luck staying in touch with these temporary groups of friends.

“Making new friends has been the hardest thing about moving,” says Matthew O.

There’s always the difficulty of changing schools, no matter how old you are, says Matthew, who would sometimes start the school year a month into it or right before school let out for a break.

Walking around a new school with new faces and new culture is always difficult, says MaKenzie J. It’s even harder to leave behind family and to no longer have them there to lean on when you really need it.

“The hardest thing was starting a new school and leaving my family behind,” she said.

There are also positive experiences that come with being a dependent, like all the travel and exploration.

“Being a military child has given me amazing opportunities,” said MaKenzie. “I’ve been able to do and explore so much more because of it.”

Having a parent or other relative in the military means eventually facing the decision of either being part of that life or going a different route.

“Yes, having a Marine dad and brother is making me have to decide what I want to do after high school,” said Matthew, “which includes thinking about schools and military options.”

Being associated with the military also creates educational opportunities.

“Being a dependent has given me the ability to go to college and maybe even into the officers’ course,” said Kellie.

Not all dependents have the same outcome, of course, but there is always that feeling of not really having a home that they can make memories in. They do have the memories, though, of the many places they’ve lived and visited, and of everybody who has been part of their lives.

Those exhilarating memories flow inside their mind and make the experience all worthwhile.