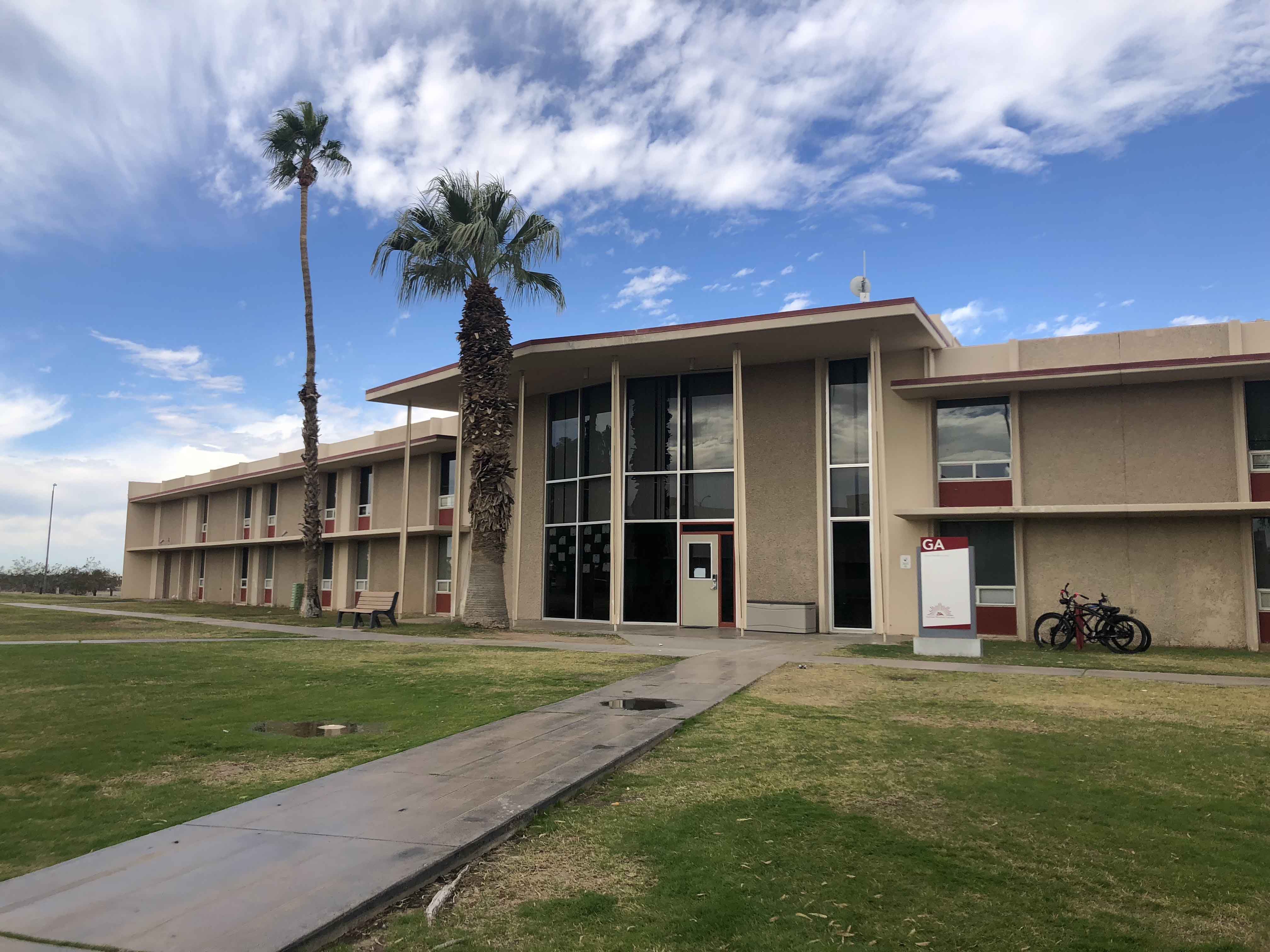 Fairness For Housing... In Art

In 1968, as part of the Civil Rights Movement, Congress enacted the Fair Housing Act, which protected individuals from being discriminated against when they bought or rented a place to live. It was a landmark in U.S. history, tearing down another wall of segregation in that era. To celebration the 50thanniversary of the Act, Adriana Medrano, Yuma’s Neighborhood Service Specialist, asked the students of Graphics 102 to design posters for Fair Housing Act awareness.

Whoever won would have their poster plastered throughout Yuma and a billboard adapted from their design, and win a drawing tablet to help them in their graphics art studies. While the reward was astronomical, the competition was not heated.

The students collaborated, critiqued, and refined their designs as a unified group, under the guidance of the graphic arts professor Brad Pease, creating some astounding posters for the contest. While there was only one winner, the entire class gained a reward of their own – experience.

“It is a good application of student skills,” Pease said of the contest. “It allowed for personal creativity, an actual outcome. Students applied what they learned from Graphics 101 and created their own designs.

“It prepared students for understanding design theory and parameters,” he added.

The winner was Joseph Saul, whose design of a house with building blocks represented religion, racial, disabilities and sex. Saul was very modest about his success, however.

“I could’ve done a better job,” he said. “It’s hard to explain. It lacked meaning that I wanted to put into it – more symbols and the format. I wouldn’t start over, but I would improve the base.”

Saul’s design met all the criteria to win – representation, eye catching and a clear statement. The viewer could immediately understand what the poster was saying.

“I was in the lunch room listening to music then suddenly had the idea of using blocks’” Saul said of his inspiration for the design. “The organizer said you had one great idea don’t doubt it, go with it. So, I did.”

What advice does Saul have for aspiring artists?

“Don’t ignore people’s criticism. Don't completely take everyone’s words; take it with a grain of salt, but take the best parts of it.

“You have to be open minded to your surroundings,” he continued. “Open your mind to the world.”

Saul is very talented and puts a lot of time and thought into his works.

“Believe in yourself,” he said. “Don’t look down on yourself; understand mentally that no one’s better than you.”

The Fair Housing Act showed to the world that various groups in the U.S. can live together in harmony. It was a unifying event in this nation’s history, signifying that all deserve to be treated as equal.

The poster contest itself was a unifying event, bringing together an entire class of students to participate in honoring this monumental step in humanity.