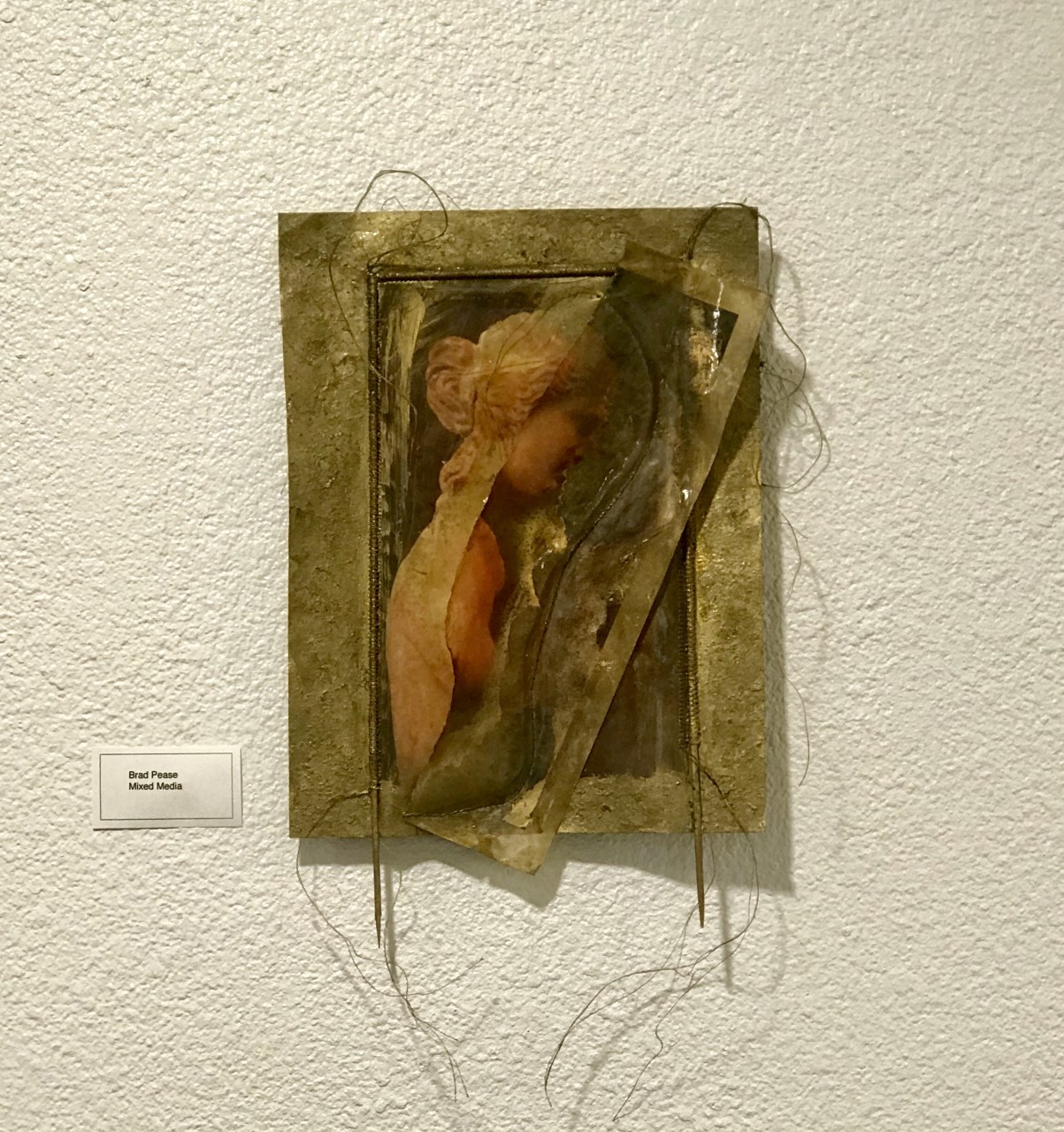 At Arizona Western College, the arts are huge. In making his own contribution, Graphic Design Professor Brad Pease had a trio of mixed-media pieces on display in the Art Gallery earlier this semester. The inspiration for such a perplexing piece, he says, was over-decorative religious triptychs.

Pease admits that he tends to be repetitive when it comes to his creative process, but it all works together, and with each step that goes into his art has some sort of meaning.

“I have always used polyurethane to seal the work – with dust, bugs or whatever falls into it,” said Pease. “My work often has number and letter nomenclatures spray painted on as if they were model numbers for consumables.

The self-professed “madness” of his method is a way to preserve his art.

“Eventually, with time, the collection will decay returning energy back to the universe.,” said Pease. “Polyurethane is a material, but it’s so integral to the look and feeling of my work that polyurethane is its own symbol.”

In general, says Pease, the Art Gallery is meant to expose students to a creative world, and the mixed-media exhibit was no exception. He mentioned the endless support the local community sends to AWC, whether it be with the increasing number of murals or the Art Garden.

For information on upcoming events, questions can be directed to the current Gallery director, Professor Bill Blomquist.