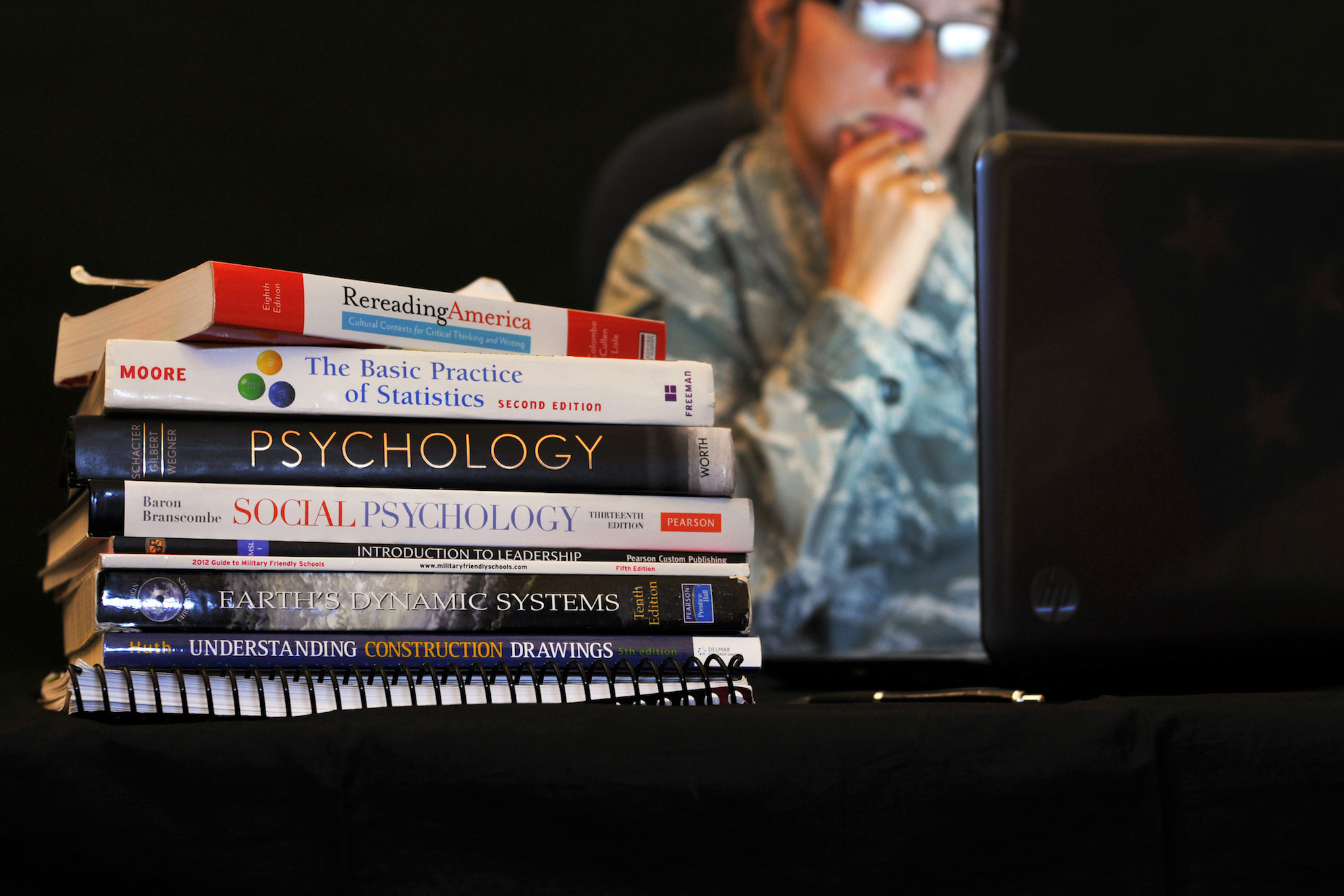 College - Stepping Stone For The Military

After High School, many people are unsure what to do with their lives. One option is to immediately enter the workforce. Another is to join the military and serve the country in one of five branches. But there is one option that one should try before joining the military – going to college.

Obviously, a college degree opens the door to a better job than a high school diploma. But, by getting a degree and then joining the military afterwards, one gets a double benefit.

“They give you a promotion as soon as you join,” explains Shawn Worthen, Master Gunnery Sergeant and student at Arizona Western College. “Some branches give you a higher rank than others, and they each come with their own benefits. So it’s best to choose which branch you join wisely.”

A military recruit is given the rank of Ensign, or its equivalent, depending on the branch. However, as Worthen explains, with college credits each branch awards an immediate promotion. For the Marines, a recruit might be promoted to the rank of E-2, or Private First Class; in the Air Force, it might be the rank of E-4, or Senior Airman.

Recruits can even continue their education while serving. Although the military requires a lot of travel, that’s no barrier, according to Worthen.

“Sometimes, the military will give you money so that you can take your classes,” he says. “It’ll be online, but they will help you out, especially if you want to go to university.”

Shawn also mentions certain government benefits associated with attending the military and going to university afterwards. Under the GI Bill, if you were to serve in the military for at least four years, veterans can get money to attend any university or college, for whatever degree they wish to seek.

“You can receive up to 36 months of benefits,” according to GI Bill web site. “These benefits include tuition and fees, money for housing, money for books and supplies and money to help you move to a rural area to go to school.”

However, there is a ten-year limit for when the benefits of the GI Bill can be used, so it’s best to enter college as soon as possible after getting out.