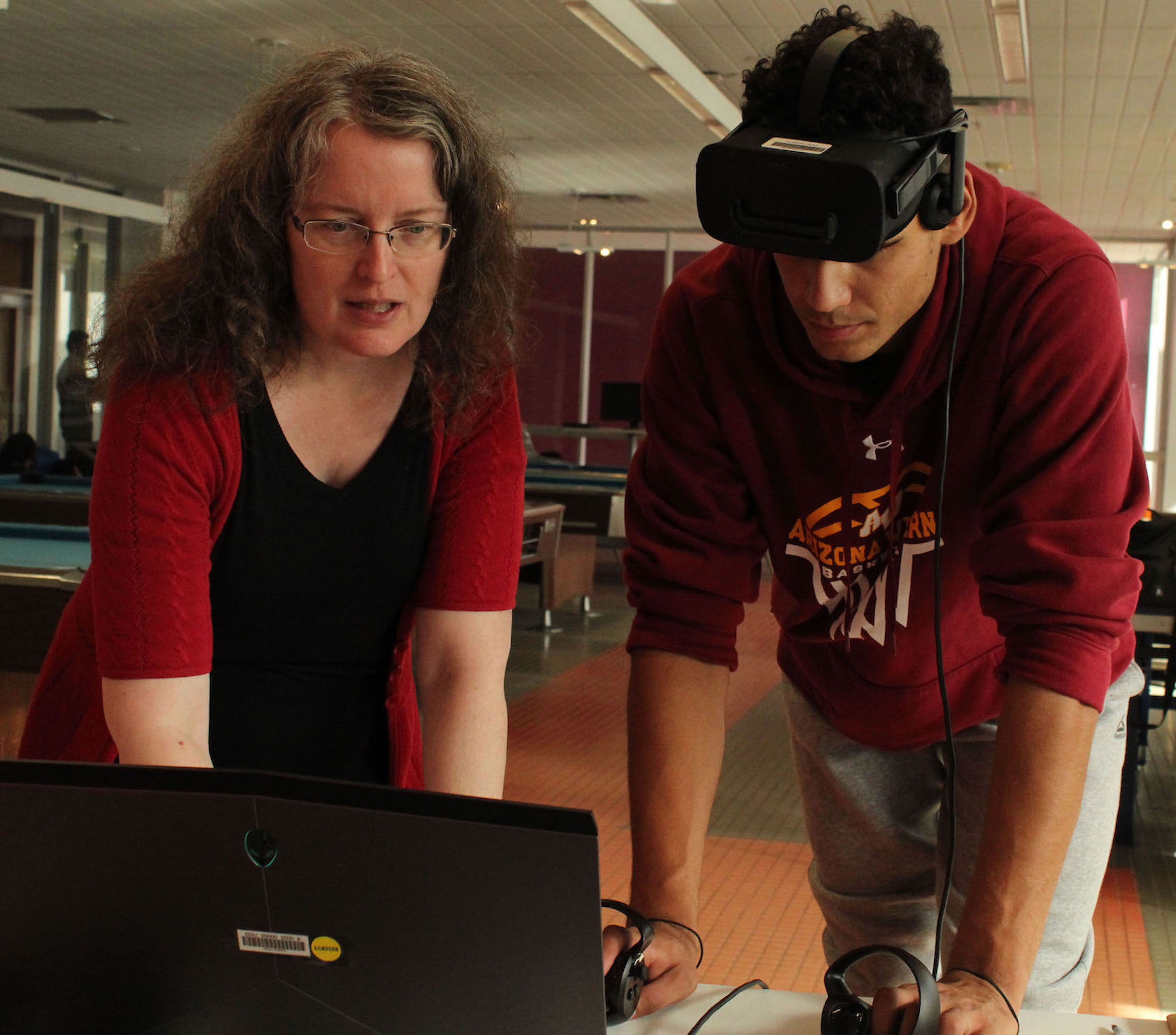 AWC Librarian Wendy Hoag shows a student how to use the new virtual reality technology at the Extra Life charity event. Photo by Zachary Figueroa

Gamers go to the “Next-Level” for charity

Intense competition fills the game room as gamers compete for a great cause – children’s wellness.

“Running a tournament and helping children was something I always wanted to do,” says Lizarraga. “With that in mind, I decided to host a tournament where all earnings would go towards helping sick children.”

Competitive video games were not the only activity taking place at Extra Life, however. AWC Librarian Wendy Hoag had virtual reality (VR) technology available. With careful explanation, she walked students through many VR experiences.

“We decided to get VR equipment, specifically the Oculus Rift, to give our students an opportunity to try it out,” explains Hoag. “Not many people, especially in this area, can afford VR.”

Students are able to try out VR Mondays through Thursdays by appointment at the AWC-NAU Academic Library on the Yuma Campus.

“Just make sure you don’t have any late fees!” adds Hoag.

Gamers’ Guild was able to raise their target amount of $200 for Rady’s Children's Hospital in San Diego.

“We chose Rady’s from the Miracle Network Hospitals,” says Julian. “No actual communication was made with Rady’s.”

“We chose these games because they’re the most popular in the Yuma county,” Julian says. “They’re also considered up in the ranks of eSport games.”

eSports has received much media attention, being able to now reel in revenue and provide extra business for sponsored content.

“AWC should definitely host more of these events,” says Robles. “It allowed me to both compete and help out with charity.”

While no cash prizes were given, the champions were presented with an original framed artwork by Alfredo Juarez and an official AWC title.

“I will definitely come back next year,” said Robles. “I’m sure all of us will.”