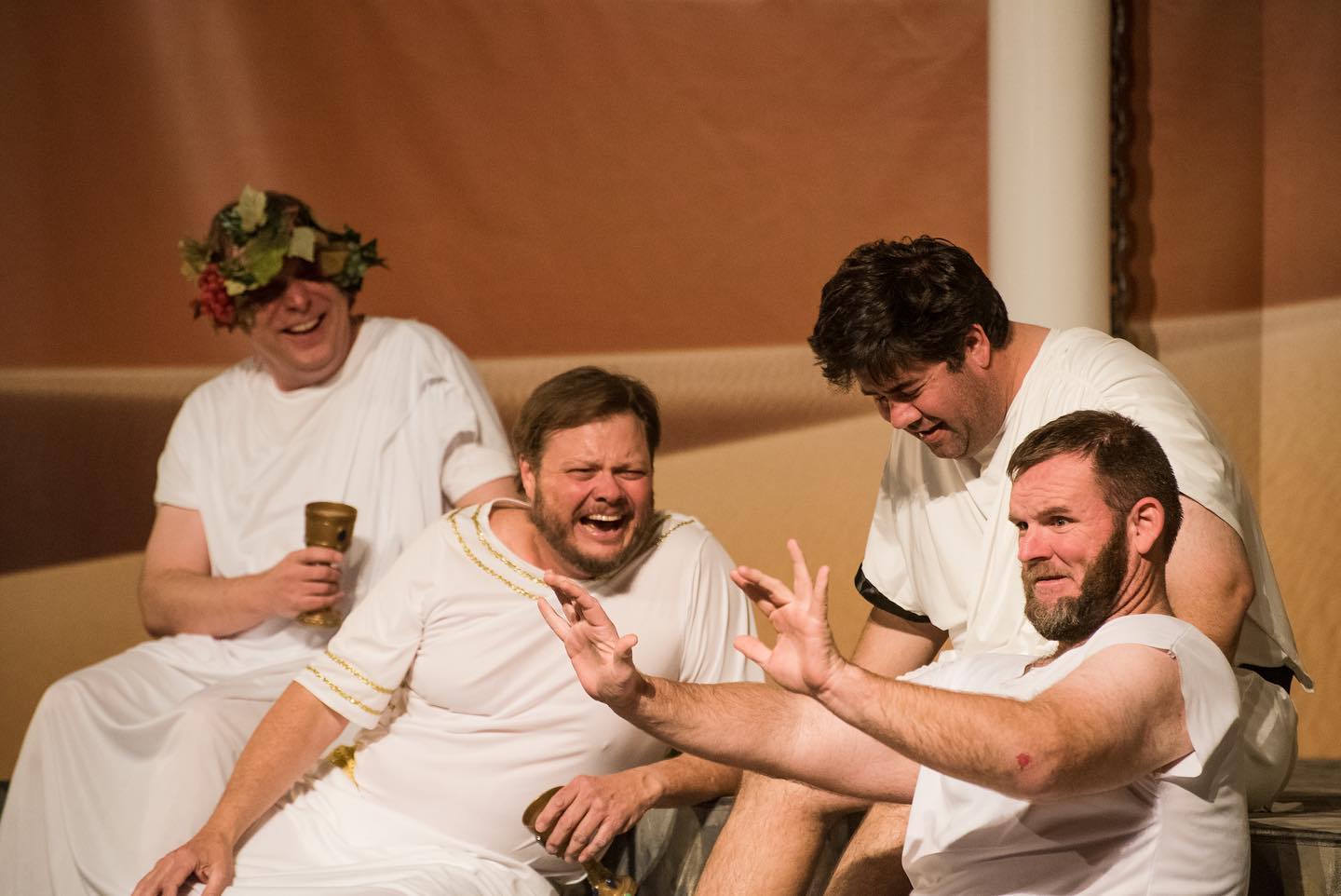 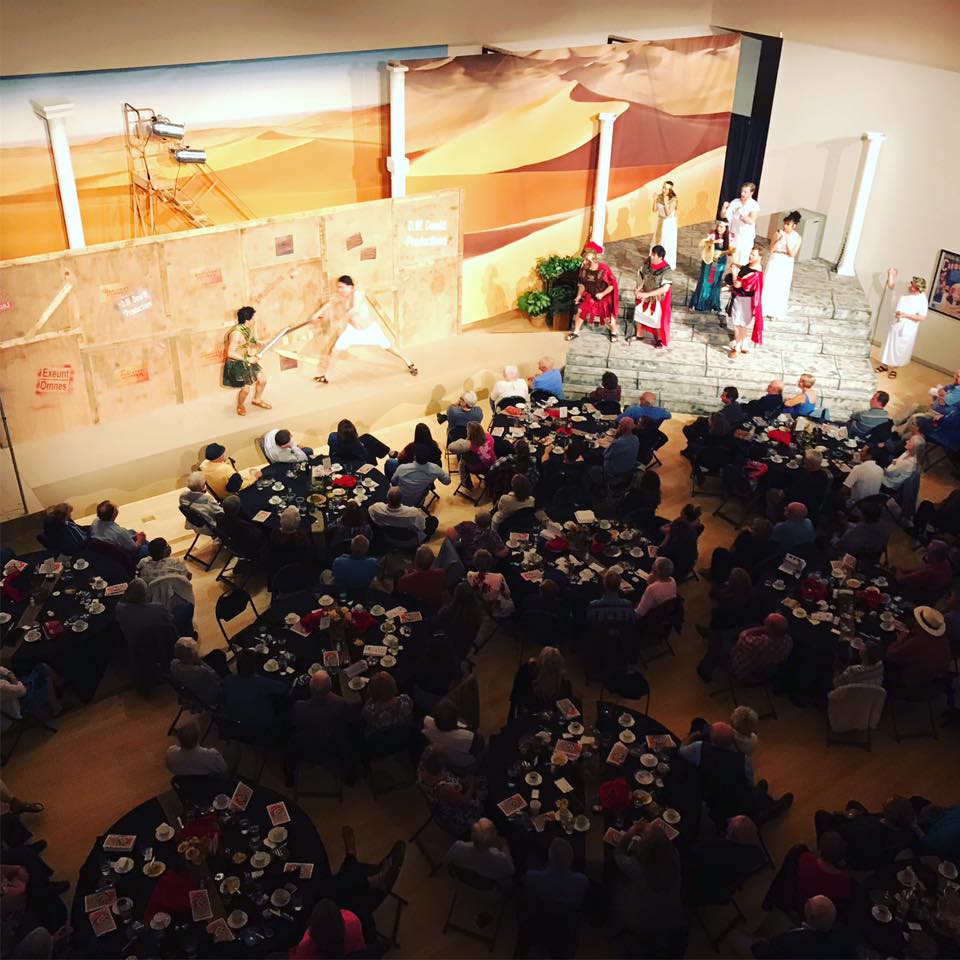 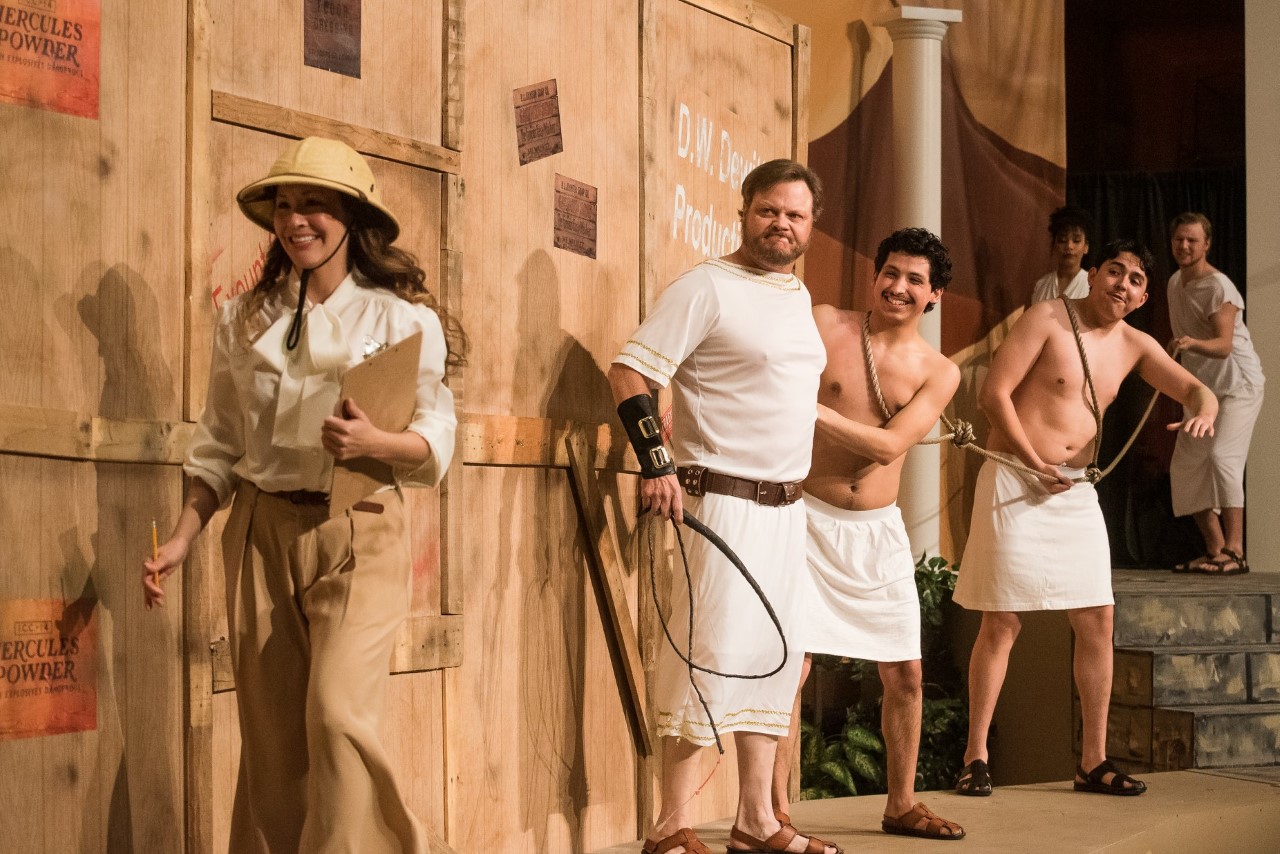 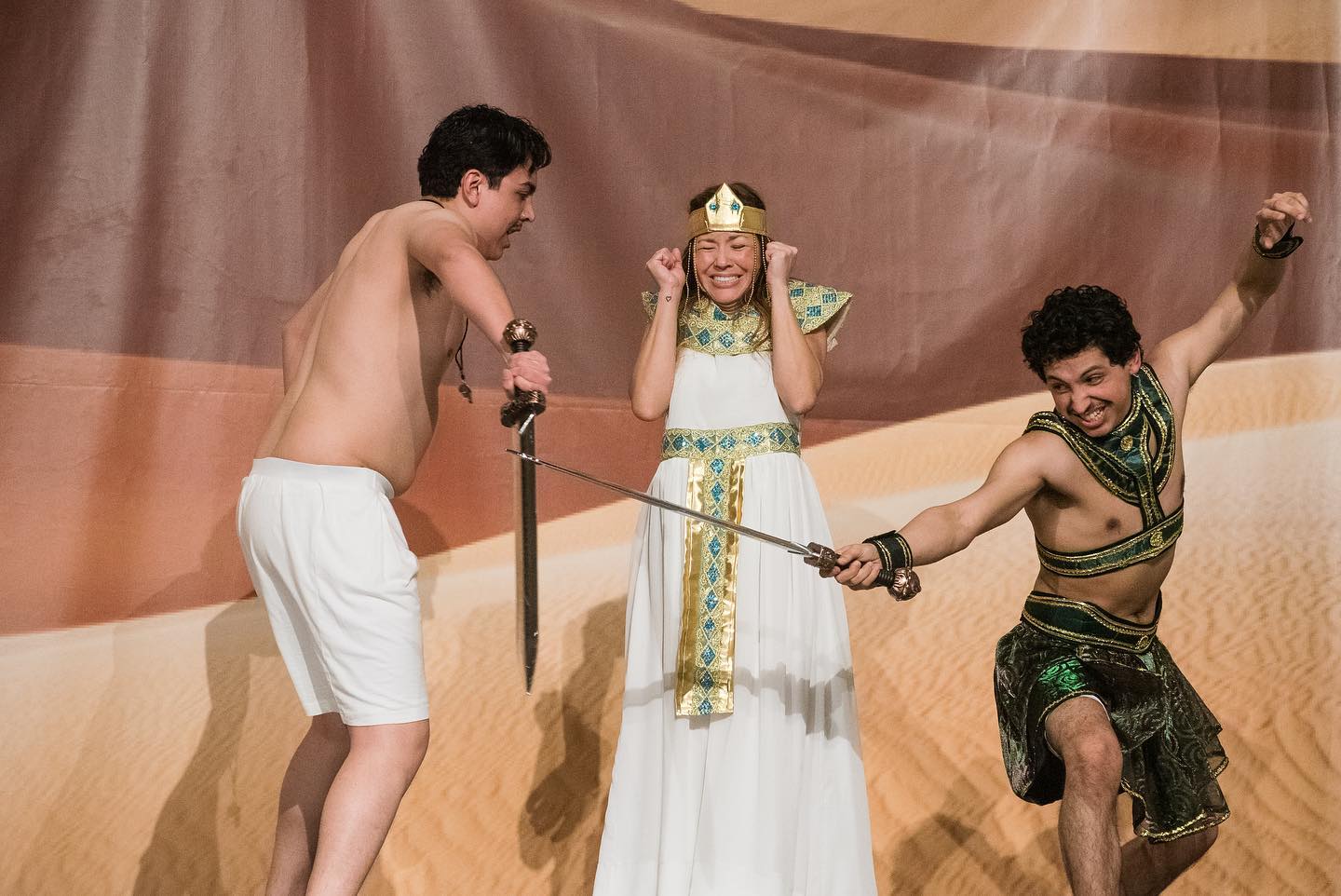 Dinner, and a Show of Epic Proportions

For the past ten years, the Yuma Art Center has hosted a memorable experience – a week-long dinner theater event. This year’s performance was a rendition of the play Epic Proportions, written by Larry Coen and David Crane and directed by Ann Wilkinson, professor of Theatre at Arizona Western College.

The story follows the plight of two brothers, Benny (played by AWC student Alfredo Figueroa) and Phil (Eddie G. Pinson), as they both fall in love with Louise (Adriana Tansey), assistant director of an epic film being shot in the Arizona desert.

In navigating the ins and outs of a Hollywood production, the two brothers also learn more about themselves. As they join the cast of extras, their positions in the film both rise and fall, as does their popularity with their love interest and fellow extras.

The story itself – full of humor, action, drama, humor, romance and even more humor – was delightfully portrayed by a talented cast. Each actor played multiple roles, giving the feel of a huge cast for the film. The dialogue was quick-witted without being too expositional, leaving the audience to easily figure out the plot for themselves.

The audience seats were pressed up right against the stage, offering an up-close view of the set. The left side focused on the inside of a small tent while the right side showcased an intimate Roman-styled plaza, with the two sides separated by a wall of crates labeled “supplies.” Costumes were varied and numerous as the epic movie being filmed in the play included snippets of Cleopatra, Ben-Hur and The Ten Commandments.

Dinner this year was catered by chef Juan Velasquez of the Yuma Civic Center and included a choice of a short rib fattah or eggplant fattah, served with regional vegetables and black rice as well as a salad starter. Slices of marbled cake were served during the 20-minute intermission while belly dancers from the Banat Tabla troupe of Yuma performed.

Because this annual event is such a popular one, tickets tend to sell out fast. The Art Center had been transformed into a stage with a roomy section for the audience. A cash bar stood to the side, quickly accommodating the line of waiting patrons, while audience members made lively conversation with their tablemates.

Coen and Crane wrote the play in such a way as to make the audience feel as if they were themselves part of the performance in the form of movie extras. Often the audience would actually interact with the performers, cheering, clapping and shouting out responses. The actors would even make their away around the tables, speaking their lines into the crowd.

Although this event is open to public auditions, the AWC stamp of excellence can be seen throughout. In addition to the director and some the performers, many of the costumes and props came from the AWC Theater Department. Wilkinson has directed the previous two dinner theater events, The Game’s Afoot and Almost, Maine.

The Art Center hosts these events, reinventing the space into a performance stage, while Gateway Players and the Yuma Community Theater offer their theater and acting expertise to help the performance run smoothly.

“We are all committed to growing and nurturing the theatre scene in Yuma,” Wilkinson said.

With each year’s performance gaining in talent and popularity, next year’s dinner theatre is sure to be another treat.  “Hail, Theatre!”