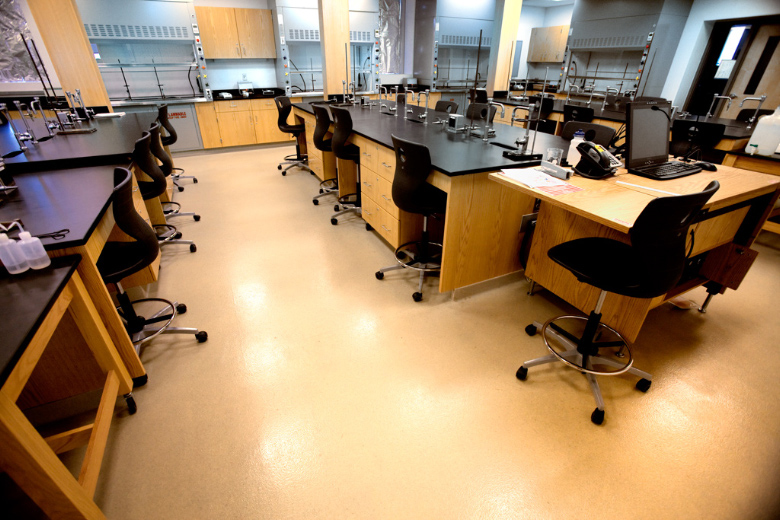 H1N1: Protecting Yourself This Flu Season

With the annual flu season upon us, we all need to be informed about how to avoid using up those sick days or missing that all-too-important test. As if the seasonal flu weren't enough, we now have a serious flu virus to worry about.

In April of this year a new strain of influenza emerged -- the H1N1 virus, formerly known as the "swine flu." Why the reference to pigs? It has nothing to do with pork (yes, you can eat that ham). The pig reference was due to similarities between flu genes found only in North American swine. Since its first emergence, further studies have shown that the virus that circulates in swine and the H1N1 are in fact very different, but that doesn't make it any less serious.

It is not the super-virus we might expect from the media hype. Although very dangerous to certain target groups, it has very general and "imitation" symptoms. H1N1 is contagious and is spread human to human much like the seasonal flu virus. It can be contracted through coughing, sneezing and sometimes by coming into contact with surfaces that have been touched by others infected by the virus.

How do you know you have it?

Symptoms are similar to the seasonal influenza virus and include fever, cough, sore throat, a runny or congested nose, body and headaches, chills and fatigue. According to the Centers for Disease Control and Prevention (CDC), victims may experience vomiting, diarrhea and some respiratory problems.

Cases of the H1N1 virus have ranged from very mild to severe (requiring hospitalization) and even fatal. The majority of those hospitalized were considered to be at "high risk" for experiencing more severe complications from the virus -- that is, those over 65 years of age, young children, pregnant women and others who have chronic medical conditions.

Although the media coverage might be considered extreme, there may be good reason to pay attention after all. The Arizona Department of Health Services recently announced that the state's confirmed cases of H1N1 infection have surpassed 1,500. Now health experts and students alike are taking another look at the possible threat of an outbreak, as 70 percent of confirmed cases in Arizona have been within Maricopa County alone.

"Prevention is nothing special," said R.N. Mary Parston, coordinator of Health Services at AWC. "Basic germ control can actively cut the flu rate by up to 30 percent," she said. "Just washing after the bathroom and regularly throughout the day makes all the difference,"

It is important to wash your hands well and often with soap and water for about 20 seconds, and it's a good idea to keep a bottle of hand sanitizer around when soap and water is not available. Try not to rub your nose, mouth or eyes, and avoid contact with sick people as much as possible. If you've got the urge to cough or sneeze, always cover your mouth to prevent spreading those germs around. It might be a good idea to disinfect household surfaces regularly, especially for those people with young children.

Recovery: If you are sick, stay home!

"Hydration is probably one of the most important aspects to a speedy recovery," said Parston. "Keep water around at all times, but make sure you're the only one drinking from it."

Other than seeing your physician or stepping out to get necessities (such as medication or tissue), you should avoid leaving the house to prevent spreading the disease to others for up to 24 hours after your fever is gone. Be careful though; even if that fever is gone, you may still be contagious. People who are infected with H1N1 are contagious from 1 day prior to getting ill to as many as 7 days after, so it is still important to follow preventative steps even after you have been sick.

Testing for the Swine Flu can be done only at a hospital. Patients seen as possible candidates are likely to already be in the hospital. Vaccination for the H1N1 flu has been fast tracked to the hospitals but is not yet available for highly susceptible target groups. Fortunately, an H1N1 vaccine is in the works and will be available in early-to-mid-October. It is expected that two doses of the vaccine will be required to ensure full protection.

The CDC has come up with a list of groups who should get the vaccine as soon as it is available:

Until the vaccine is available you can follow a few simple steps and a little common sense to lower your risk of contracting H1N1. "The best ways to stay healthy this flu season are the little things: coughing [and covering it with a tissue], washing and proper hygiene will get you farther than you think," said Parston.

H1N1: Protecting Yourself This Flu Season