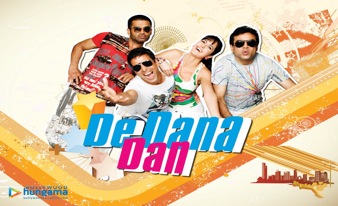 The latest film shown was titled “Ajab Prem Ki Ghazab Kahani” on November 19. The next film in the series is the comedy “De Dana Dan,” scheduled for 7:00 p.m. on Dec. 15.

Vinod Mohindra, an Association member, was quoted in September 2009 Yuma Sun article, “Bollywood Comes to Yuma,” as saying that many people are interested in the movies but don’t know about them and that “40 percent of the people who come are non Asian-Indians.”

Mohindra says that, thanks to increased promotion in the Yuma Sun and publishing of event information on EventsInYuma.com, attendance is even now even higher. He says that the screening room is now more than half full, but there’s plenty of room for more.

These Bollywood movies, brought to Yuma by a Los Angeles distributor, will remain successful as long as they have enough of an audience, says Mohindra, who also has been promoting them via email.