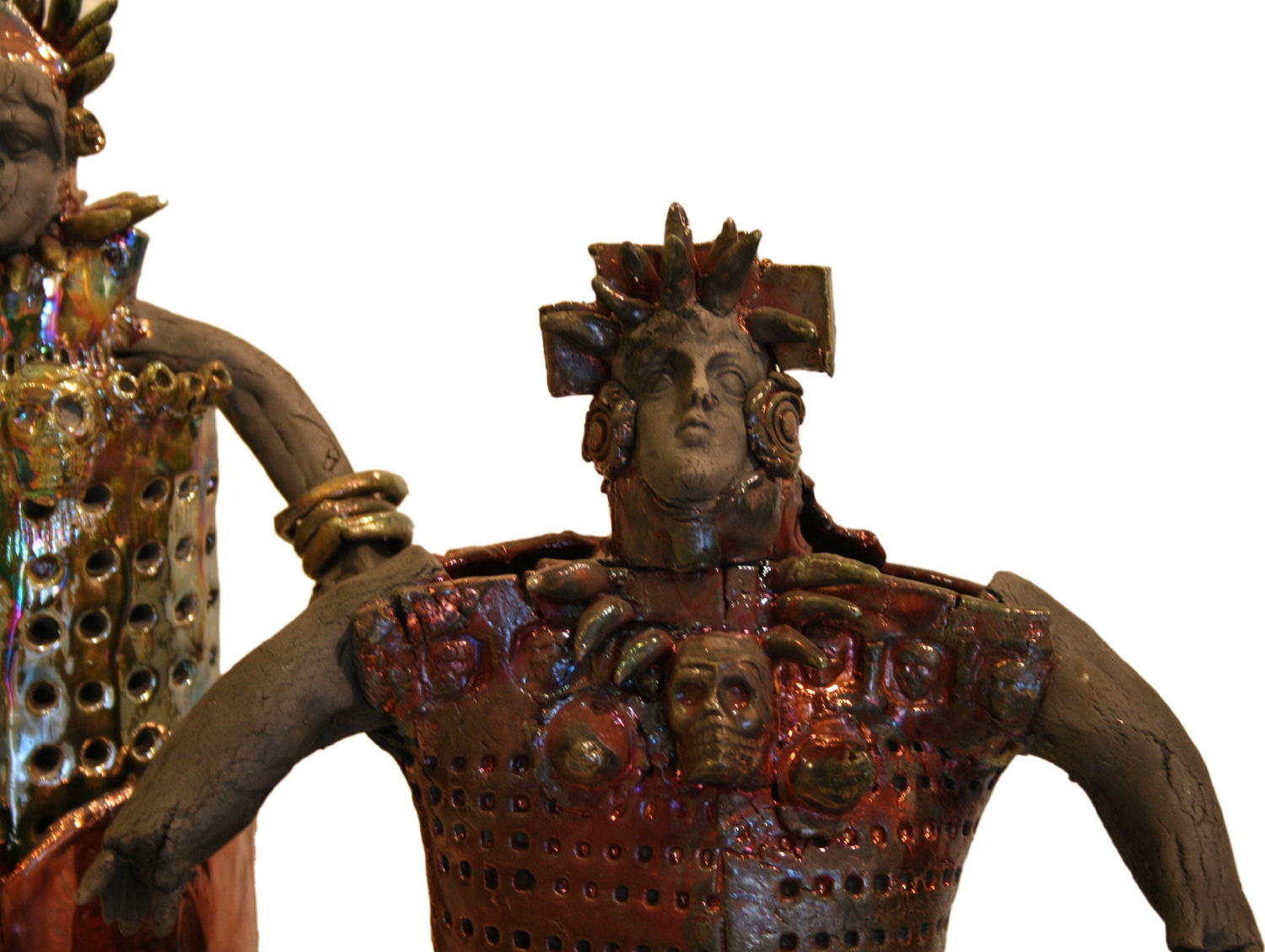 Local artist Larry Yanez showed his work during October and November in the AWC Art Gallery. Yanez displayed many paintings and ceramic works, including his well-known piece called “The Monthter What Ate the Thity” which has travel around the world.

Yanez was born in Yuma, where he attended Catholic schools and AWC. He studied sculpture and studied music at Arizona State University in Tempe, and in 1979 he earned a Bachelor’s degree in Fine Arts. He plays in a band called The Jacalope Group, which has released four albums.

He has exhibited his work in Colorado, New Mexico, California, Washington, D.C, Texas and New York, and he has traveled to Mexico, Spain, Germany and France. In fact, he is the Traveling Exhibition Coordinator of the Arizona Commission on the Arts, headquartered in Tempe.

All his work is based on growing up in Yuma with its mixture of three cultures – the Anglo, the Mexican and the American Indian. The Chicano and Native influence give his work a unique tension and humor. For example, he has named one of his works “Cabeza de Taco.”