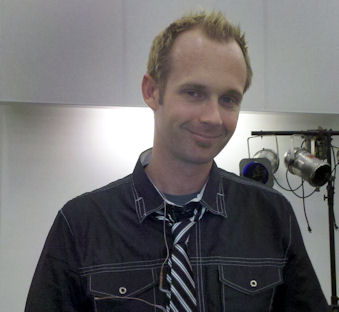 From magic tricks to the word of God

In the 3C building, a line of people werewaiting to enter the Schoening Conference Center by 7:00 p.m. on Feb. 24. They came to see a show called MAZE which consisted of magic tricks, illusions and, at the end, a lecture about God.  The room filled with more than 200 anxious people.

Jim Munroe, who has been doing this show for several years, started with a shocking trick;  he swallowed a long piece of string and then, lifting his t-shirt, he found and pulled it.

In another trick, he guessed the amount of a woman’s change. He asked someone in the audience to call and have their mother on the phone.  An AWC student called his mother and asked her to look for change around the house and count it up, but not to tell him the amount. Munroe and student then guessed the correct amount of change – twelve cents.

In the middle of the performance, Munroe announced that the next part of the show would involve religion and he told the audience they could leave if they wished.

After a brief break, Munroe came back and explained that he had serious health problems a few years ago.  He was diagnosed with cancer and was in need of a bone marrow transplant. He showed pictures and a video of when he was in the hospital and how he overcame many obstacles.

Munroe then told how God influenced his life when he was going through the whole procedure. He found faith in God and was fortunate enough to find a donor for his transplant. Munroe emphasized the importance of having a relationship with God.

Munroe ended the show with one last trick. He covered his head with a black bag and grabbed a sharp knife.  He then put his hand out on the table and stabbed the knife between his fingers. He missed his fingers every time and the audience was in awe.

Finally, he asked the audience one question: “Do you believe?”