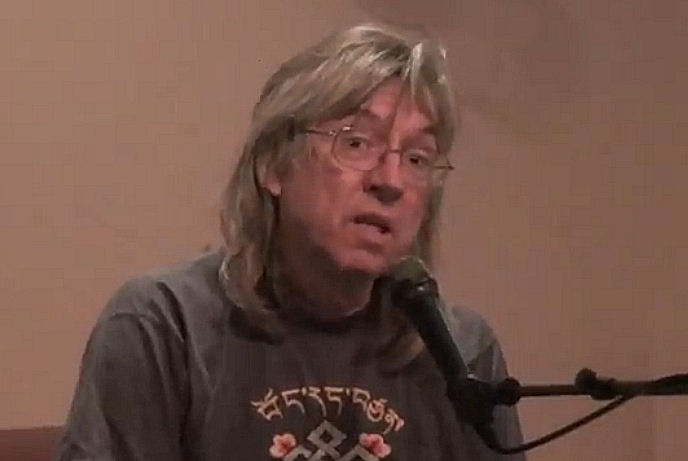 Anton Mizerak loves the natural world and it inspires him with a deep desire to impact the world in a positive way through music. Now, thanks to the Arizona Western College Massage Therapy Club, we will be able to hear him live in concert.

Keyboardist, harmonica and tabla player Anton and singer Laura Berryhill will present an evening of transformational healing music, Celtic songs and chants from around the world on Tuesday March 27, at 7PM at the Schoening South Wing, 3C (College Community Center) at the AWC main campus.

Profits from the concert will help fund the Massage Therapy Program Scholarship. "It's an interactive concert, and audience participation is encouraged," says Kate Turpin, professor/program coordinator. "It's fun for all ages."

Mizerak, who lives in Mount Shasta, writes his music in nature because he believes that the organic experience of sun, wind, water, snow and earth, transmitted through music, can be a valuable nurturing and healing experience. He has been a featured performer at many of the Mount Shasta Wesak Celebrations, and has performed with such greats as Deepak Chopra, Gary Zukav, Jean Houston, Michael Beckwith and Neale Donald Walsh. His music has been featured on the nationally syndicated radio show "Echoes" and the digital New Age Music format "Soundscapes." His highly acclaimed CD series, "When Angels Dream," is a top seller with healers and massage therapists.

Berryhill has a master's degree in music history from the University of Oregon, where she focused on early 17th-century Italian sacred music. As a vocalist, she works in a variety of musical styles, from early European music, to folk music of the Celtic cultures, to new age and jazz. She has appeared at the Festival of Harps in Oakland, the Yachats Celtic Music Festival, Shrewsbury Renaissance Faire, and Faerieworlds.

Mizerak and Berryhill have toured together extensively in the past year, performing to acclaim at over 200 venues throughout the 10 Western states. Anton & Lauren performed live at Center for Spiritual Living Granada Hills, March 9, 2012. You can watch a short video from their performance that night at http://www.youtube.com/watch?v=mU1wbwunFLc