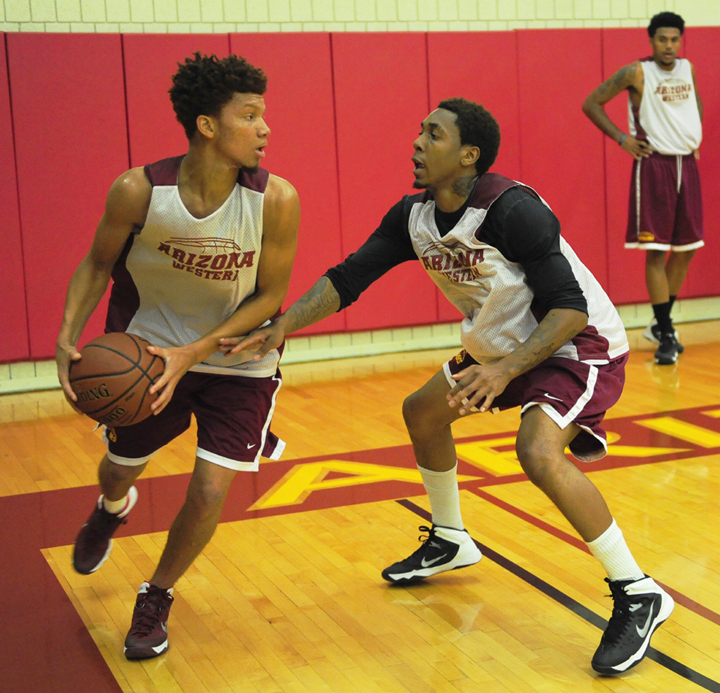 Looking to build o a highly successful 2012 campaign, Men's Head Basketball Coach Charles Harral has brought back a stacked roster and a hungry team. Gone are All-American Honorable Mention, Marvin Whitt as well as stand-out players Tanner Clayton, Aaseem Dixon and Carlos Perez. After last season's region championship victory, the Mats have re-loaded and look as dangerous as ever.

Led by returning sophomore guard Anthony Alston, the Matadors are fast, quick and athletic, and they can score in bunches. Alston, a sophomore guard from Vista, Calif., has great ball-handling and seemingly can get into the paint at will. With his ability to drive and kick it out to open teammates, it will be incumbent on the Mats to knock down open shots.

Shooting doesn't seem to be an issue for this year's squad, however. Ron Lee, a freshman guard from Oak Park, Calif., has one of the sweetest jump-shots you'd ever want to see. Along with Temjae Singleton, a sophomore forward out of Los Angeles, the Matadors are deadly from deep.

The Mats' bruising forward, Brandon Lovings, a freshman from Houston, Texas, provides a spark off the bench with his defense and rebounding. Lovings is a man amongst boys on the court at times after serving in the Marine Corps for five years prior to enrolling at AWC this fall.

"Honestly, I don't see us losing too many games this year," says Lovings.

With a style of play that seems to be trending in college basketball, the Matadors are looking to be an up-tempo team and to push the pace when they can.

"We want to get out and run and push the ball," says Lovings. "We've got a lot of guys that can really score, so we want to be aggressive, especially in transition."

At times, though, defense could be an issue for this young team. With so many offensive minded players, the Matadors will have to be careful not to become complacent on the defensive end.

The potential is high for this team, but as it always is with that ominous word, it remains just "potential" at this point. Don't sleep on these Mats, though. Coach Harral led the program to its third straight region championship game last season, and this team has the qualities to get to a fourth.