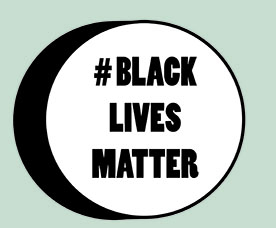 Justice -- is it a myth or reality? As of late, it seems that justice can only be achieved on TV shows.

For those who may not be familiar with Black Lives Matter, it started to appear as a hashtag on Twitter after George Zimmerman's acquittal for the killing of Trayvon Martin in 2013. From then on, 21 deaths of unarmed black people have occurred.

Marches, riots, protests and other demonstrations have happened as part of the civic outrage over the cycle of unjust killing of African Americans.

I am peacefully and 100 percent supportive of the movement because, being that I am black, it would be disgraceful for me to not acknowledge that a black life is worth as much as that of any other American.

Since the hashtag of Black Lives Matter arose, another hashtag called All Lives Matter emerged. Although this is technically true, it's a slap in the face to Black Lives Matter. It undermines the movement and diminishes it. For example, say you're part of a breast cancer fundraiser, and a group of people shouts, "Arthritis matters, too!"

It's astonishing as a nation that we are still stuck in this rut where unarmed black people can be killed with no justice. I feel that by letting these officers and other individuals off, it only shows us that police brutality targeted at black people is acceptable, and that our lives go without substance in the eyes of the law.

Being that I am a black woman and grew up in an area that isn't very ethnically diverse, it could seem as though it wouldn't happen to me. Wrong! A teenage black girl attending a pool party was pulled by her braids down to the ground by a policeman and handcuffed for no reason.

We aren't even safe in church anymore. A deranged man went to a Bible study at Emanuel African Methodist Episcopal in Church Charleston, S.C. and murdered nine people and injured one. This despicable act really hit home because all these people were doing was speaking about God and fellowshipping, and this monster took their lives in the most evil way possible. Those were somebody's grandparents, aunts, uncles, sibling and parents.

A few weeks ago it was reported that Zimmerman was gloating about killing Martin by re-tweeting a photo of Martin's dead body. I have nothing but disgust for this soulless man, and sorrow fills my heart for the Martin family. In all seriousness, it could be anybody's son's corpse that's displayed on social media.

I have a nephew who is black, and I fear for his future. I can't fathom the thought of someone taking his life due to their own heinous prejudices.

When I really think about it, is there anything that really separates myself from any of the other black people who have lost their lives? Nope. Then I ask myself, if a racist were to see me on the street, in his or her mind, does my life matter?