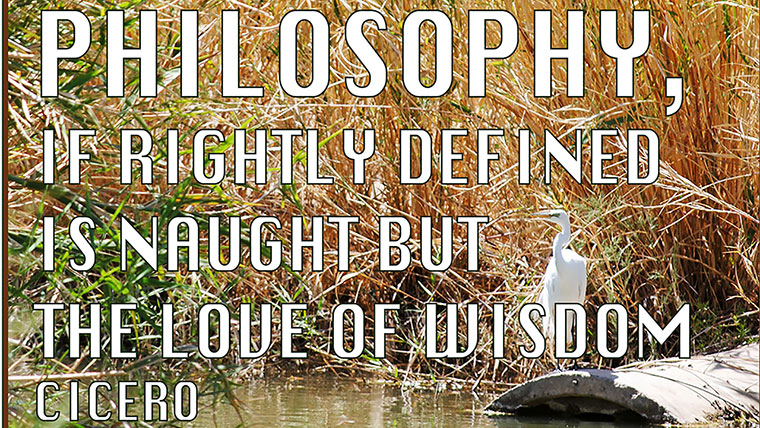 We all have mixed opinions about everything going on in the world right now. Many of these issues have been around for millennia, and yet it seems that we barely make progress. Some issues are very controversial while some are pretty straightforward. Just to give an example of a modern day dilemma: Are we obligated to take in refugees from Syria and other places in the Middle East, or should we close our borders to “protect” ourselves from potential terroristic threats.

There are clearly many angles from which issues like this can be approached, depending to a great degree on the individual morality of the person that you are asking. If someone disagrees with you it doesn’t mean that they are necessarily wrong and you are right; in fact of you both could be wrong.

The Philosophical Society at Arizona Western College gives anyone who attends the chance to be heard and the opportunity to become a more objective person. Being objective can be difficult at first since it will challenge your preconceptions, and you might get offended or annoyed by what is being discussed.

Whatever happened to “Sticks and stones may brake my bones, but words will never hurt me”? Part of being in this club means that you will get to learn to defend your own point of view logically instead of emotionally.

It really opens up the mind to hear other out and to see different perspectives you may have never thought about before; that is the key to becoming objective.

You do not have to be a philosophy major to attend; the club welcomes everyone. It seems that the turnout is bigger every week because people truly become interested in discussing these issues that apply to everyone and in sharing their thoughts with their peers.

Meetings are every Wednesday at 3 p.m. in room BA 124, but only a few more meetings remain for Fall.

For additional information, you can e-mail professor of Philosophy David Burris at david.burris@azwestern.edu. Make sure to check out the Facebook page for the AWC Philosophical Society in order to get updates to see what will be discussed during the upcoming weeks. And stay thirsty for knowledge, my friends.