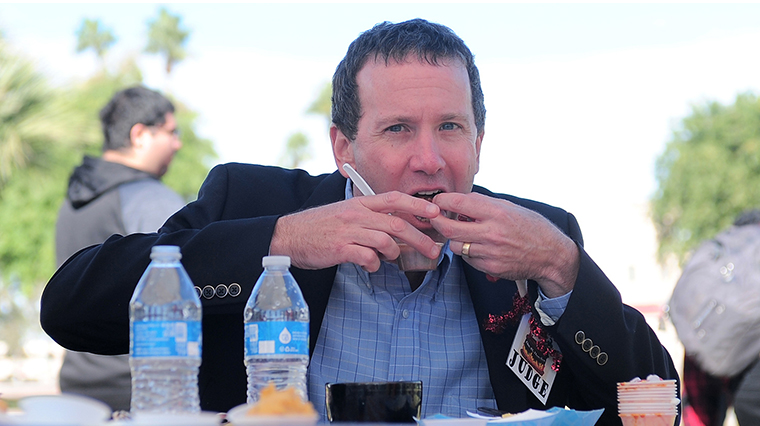 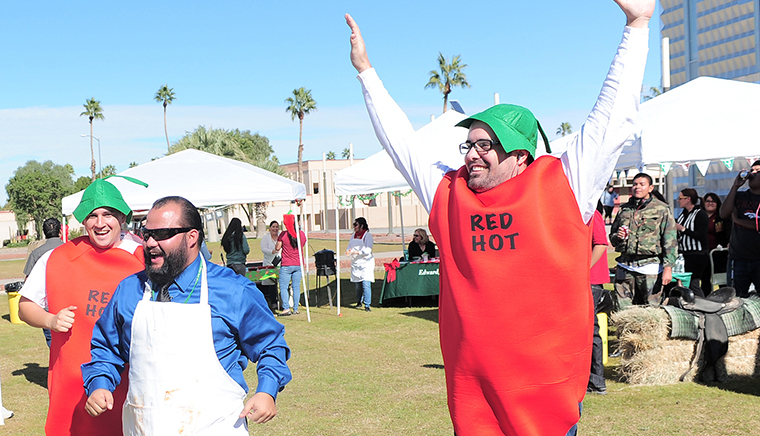 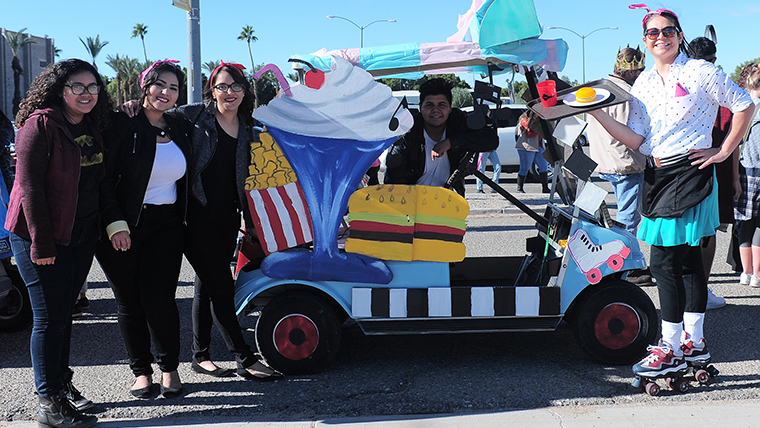 Every year, clubs around campus at Arizona Western College get together and have a little competition, which usually takes place right before the Toro Bowl, our local version of the Super Bowl. This year the competition, known fondly as the Golf Cart Parade, took place on Dec. 1.

This year’s theme was “decades,” and each club had to decorate its golf cart representing a different decade. On the evening before the parade, all of the clubs’ golf carts were placed in a circle, and each club had to bring its own materials. The clubs had four hours in which to decorate and then head over to the field north of the 3C building. The winning club would receive a trophy and bragging rights until next year’s competition.

On the day of the parade, all of the golf carts lined up in the parking lot in front of the Gym, and they took off at 10 a.m. As they paraded around campus, students and staff came out of their classes to check out the action.

The winning golf cart belonged to the Residence Hall Association. Its theme was a 1950s diner. RHA member Alfredo Aispuro talked about the victory and a little bit about this year’s parade.

“We put in a lot of hard work in this golf cart the night before,” Aispuro said. “I honestly started doubting it as we started going around, but when I heard our club’s name I was more shocked than anything.”

The parade made its way to the front of the campus, where members of the AWC Student Government Association would choose the top three carts to compete in the El Toro Bowl, and of course the winner.

Following the parade, the AWC Alumni Association proudly presented their Annual Chili Cook-off, which is filled with award-winning chili, music and family fun with a focus on raising funds for student scholarships.

This year the Cook-Off raised more than $1,000 for the Alumni Association fund.