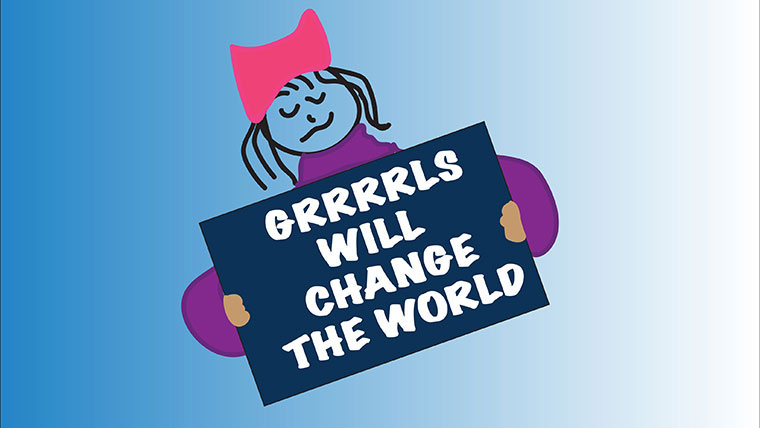 We have problems too

I have words I would like to convey to the people who have issues with the Women’s March that coincided with the inauguration of our current U.S. president. I hope to address the people complaining that others have it worse, as though that invalidates the issues those that we have as a nation.

Yes, the issues we discuss are first-world problems, because we are in a first-world country. We discuss the issues we have when it is our turn to discuss it. This does not mean we do not also support issues involving the developing world when it is time for something to be done there. I feel that to support one does not mean one must shun the other. We can have concerns for both, and we feel entitled to talk about both.

It seems that those unfortunate souls are used to change the subject. I am trying to address the things that I cannot accept and that I can change. I have no sway in countries that treat women like cattle. As sad as I am to say that I cannot change the world as thoroughly as I thought I could as a child, I cannot. That is especially true in light of the fact that, in the supposed enlightened world, we still struggle to think of women as equal.

The U.S. used to be on the cutting edge of everything, including women’s rights. Sadly that is no longer true, and so approximately 3 million people rose up to protest on the say following the inauguration. These millions of women and men were not belittling others issues; they were just addressing their own.

I challenge those who say our issues are minute to step back and listen to what these people are asking for and marching for, instead of getting defensive over someone else’s movement. I suggest they listen to learn, instead of listening just enough to become outraged and respond.

At no point did the movement insinuate that we should forget the women who have had acid thrown on them for denying sexual advances. But no more should we accept that women here get raped for doing the same thing. Just because other injuries are greater, that does not make our wounds any less real – just as a comparing a gunshot wound to that of a knife does not make the knife wound heal.

It is difficult to compare genital mutilation to the injustices we face because they are truly incomparable. However, it does both of us disservice to try. Using another’s problems to invalidate our issues does not help solve their issues. Instead, it makes their problems a tool for others to wield without their consent.

If you are a woman and feel equal, that is superb. I am glad, and hope you can continue to feel this way. However, just because you have no issues does not mean that others don’t have them. Your lack of troubles does not equate to the problem not existing.

This country currently is working to stop allowing women autonomy over their own bodies by attempting to restrict access to birth control and abortion. Maybe comparatively our issues are small, but any of the Great Lakes are small compared to an ocean; this does not mean we are capable of swimming them or should be expected to.

As a nation we should always strive to be better than we once were. We cannot fall into complacency saying things are good enough. Nor should anyone say that, because they personally do not struggle, a struggle does not exist for others.