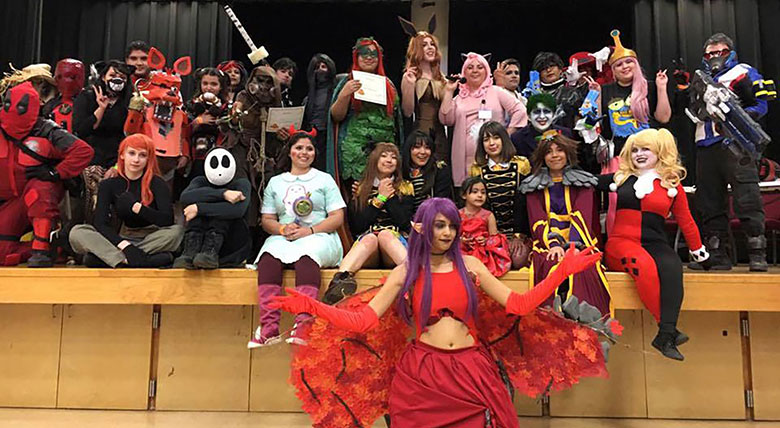 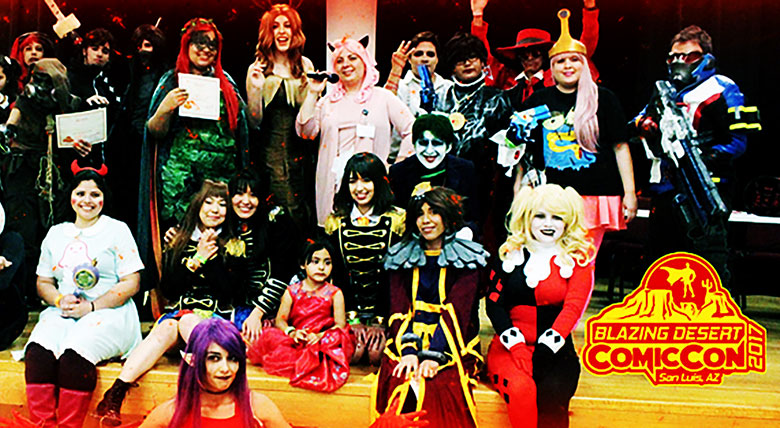 The 3rd Annual Blazing Desert Comic Con has once again brought people from all backgrounds and ages to collaborate on bringing fun to the community.

Booths, including the AWC Art Curiosity and Secrets Club’s Deadpool Pizzeria, used signs decorated by their own members. Art, accessories, costumes and of course comic books were being sold throughout the event.

The event was filled with people of various ages dressed as their favorite characters. Cosplayers were happy to stop and have their pictures taken by fans of the characters they were dressed up as. Many of them were also excited to answer a few Comic Con questions.

Ericka, 20, member of the ACAS Club, was cosplaying as Star Butterfly from Star vs. Forces of Evil while fundraising with her club. She wore Star’s white-collared sea-green dress with the cute pink squid design in front while holding her handcrafted magical wand.

Ericka said she and other other cosplayers are inspired to be in costume for Comic Con because they enjoy expressing their creativity and craftsmanship, seeing reactions to their references, and inspiring others to do the same.

One cosplayer who dressed as Atsuko Maeda from Japanese idol girl group AKB48, says she did so because she really appreciates their work. Her dream is to perhaps one day become one of them.

The average amount of time it took to make the costumes ranged from two weeks to a month. The costumes didn’t come cheap either.

The average cost per costume was around 60 dollars or more. Some players had theirs custom made in Mexico, while others found clothes and accessories that are hard to find, like big black leather boots at thrift stores.

Michelle, who was dressed as Cereza from Bayonetta, said she makes a new costume every time she attends a Comic Con.

At the Ladies of Cosplay panel, the best female cosplayers from all Arizona, including Natalie Arvizu, Heartless Aquarius and Stray Kat, talked about their first Comic Con experiences, which they called their “origin stories.” These women cosplayers, who have cosplayed for a decade, were in costumes including Jigglypuff, Eevee, Princess Bubblegum and Harley Quinn.

When asked what their easiest and cheapest costumes had been, they said, “No costume is easy to make. Also, Goodwill is your best friend.”

A cosplayer in the audience then yelled, “Bless Goodwill!”

Some of their most expensive costumes cost more than $1,000 to make. According to their creators, a wig alone can be $100.

“Don’t even get me started on my makeup,” said a Lady of Cosplay.

A conversation then ensued about favorite memes

One of the many things she says she learned from being on the show was never to underestimate anyone. According to her, an unknown assistant on the show surprised her when he ended up become a star.

Perez says she uses her iconic Rita voice doing everyday things like ordering at a drive-thru.

At the time of the event, Perez said she heard rumors that the new Power Rangers film is great for most of the run time and had many surprises, but has a lackluster ending.

Towards the end of the day, a retro band from Hollywood, Knights of Audio, jammed out wearing their black and varicolored neon leather outfits. They passed out free signed posters, spreading the word all the way to San Luis about their band.

Overall, the event allowed artists to be creative, whether it was decorating their booths, showcasing their talent in hopes of making it big, or crafting their own costumes of their favorite heroes. Dreamers of all ages could be whoever they wanted to be.