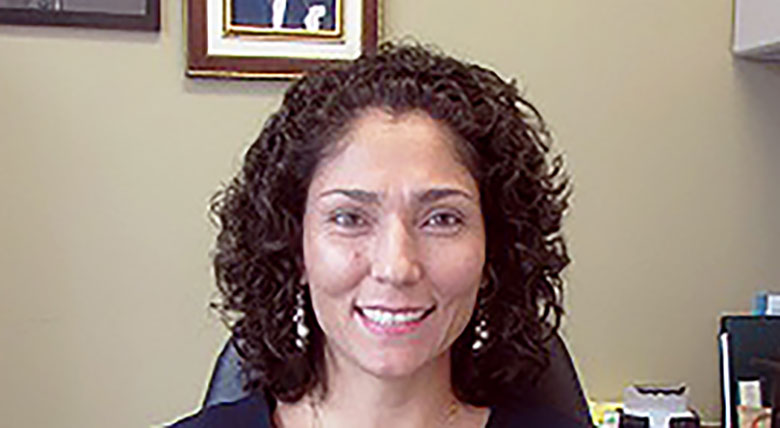 She once was a student from Turkey, coming to the U.S. with minimal English. Now she herself is working to help new international students.

Aybüke Keehn is a Speech Communication Professor and the new Coordinator of International Program at Arizona Western College. She is a former member of Turkish National Track and Field Team who came over as an international student at Central Arizona Junior College (CAC) on a track-and-field scholarship.

“Every single day I spend here in this beautiful country is a gift,” Keehn said.

Upon receiving the scholarship letter, Keehn had to use a translator agency to be able to understand it. Three months later, she said goodbye to her family, got ready for all the hard work ahead, and took off with an American Dream in mind.

Keehn even bought her own graduation gown when she started at CAC as a motivation.

“Every morning, I looked at my gown and pictured myself walking at the graduation ceremony,” said Keehn.

And walk she did. After two years at CAC, along with six individual and two team National Championship honors, Keehn graduated with a 3.75 GPA.

“Once you get the diploma – oh my goodness, it’s the biggest, the most joyful moment of your life,” said Keehn. “All that hard work, all those sleepless nights, all the anxiety, everything – it’s all worth it.”

Not only that, during her years at CAC, Keehn found the love of her life, Drew Keehn – the current head Baseball coach at AWC. It was love at first sight, according to Keehn. One year later, they got married, and now they have two small children.

Keehn went on to receive another full athletic scholarship for her Bachelor’s degree at Concordia University in Irvine, Cal. Two years later, she graduated with her degree in Communications and signed up for her Master’s at Northern Arizona University.

“I am so ready to share my experience with the students who come from other countries for a better education,” Keehn said. “I feel accomplished when I hear my international students refer to AWC as their home away from home.”

Keehn is very thankful and humbled for the opportunities this country has offered her. She went from an International student to a professor of Speech Communications, and now to the Coordinator of the International Student Program. She strongly believes that it is now her turn to give back, and to make positive, long-lasting changes in the lives of students.

According to Keehn, having international students on college campuses allows other students to learn about different cultures without traveling thousands of miles.

“International students make us realize how similar we are in some ways, yet different in others,” said Keehn.

What is her biggest advice for international students?

“If it was easy then you wouldn’t appreciate it as much at the end,” she said. “You are going to feel uncomfortable. You will go out of your comfort zone. And you might even be judged. But it’s OK. Just move on. Take one day at a time, feel the fear, feel the anxiety, feel the cramp in your guts, but do it anyway.

“It is not easy, but it is possible,” Keehn added.

Keehn, as a new coordinator, is still learning. Her goal is to recruit and retain the students through former and current international students, through her relationships and social media, and through the appropriate agencies.

She also focuses on making the students feel comfortable so that they will stay until their graduation. That’s why she keeps I-Team active. This club, where international students come together as a group, hosts fundraising events in order to bond the students together so they don’t feel lonely. At the end of each semester, Keehn will use the money from events to give out scholarships to active students.

“Even if it’s just $100 or $200, the students said it is better than nothing,” Keehn said. “I love the humbleness, the appreciation. And I am willing to go an extra mile to keep the students until they graduate.”

That is Aybüke Keehn – passionate, humorous. If you want to know more about her, just stop by at her office on the second floor of the 3C building, Room 2294.