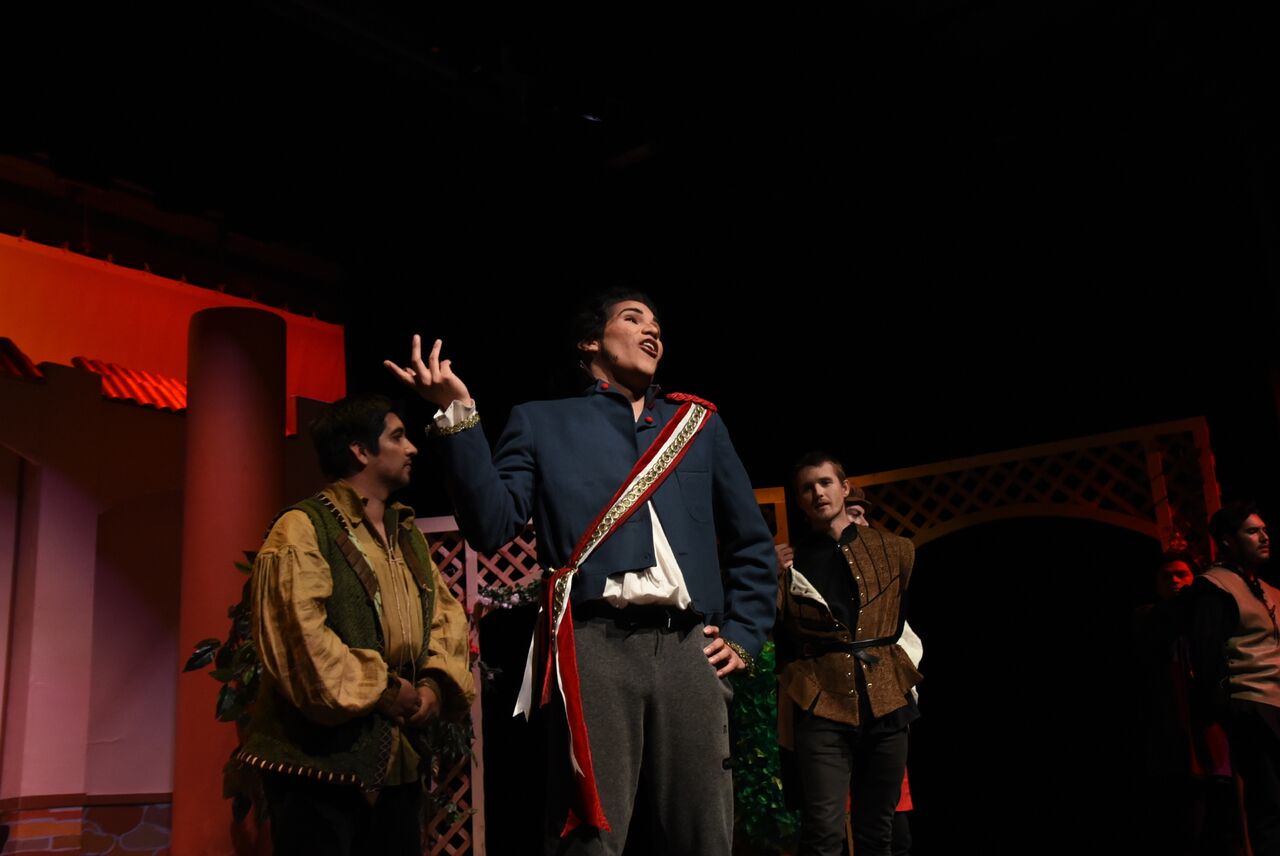 A Lot To Do With Something

Close, is known for helping the audience understand his work. He made pamphlets just like in his last show Twisted Shakespeare. In the pamphlets Close provided information of what is going on in each scene – a very helpful move because the dialogue this play can be tough to interrupt.

“It’s a fun story, a story that people relate to,” Close said.

Much Ado About Nothing was performed mostly by AWC Students, Yuma Community Theater and Gateway Theater Players. The crew did a fantastic job, with very few bumps in the play.

“It’s a lot of work, and its very rewarding because the students actually learned a lot,” said Close. “They were able to understand their parts understand the language and be able to communicate those parts and tell the story"

Much Ado About Nothing is a comedy about romance and deceit, about a man named Claudio who falls in love with a woman named Hero. Claudio’s friend Don Jon makes Claudio believe that Hero is unfaithful to him. This results in Claudio rejecting Hero at the altar and calling her out for the things Don Jon accused her of. Benedick (Claudio’s friend) sides with Hero and challenges Claudio to a duel for disparaging Hero. Leonardo (Hero’s father) then announces publicly that Hero died of grief after being accused of actions she never did.

And this is a comedy, you say? Well, maybe the situation will improve.

During the performance, laughter echoed throughout the theater, especially when Claudio and Benedick would joke about how marriage was a trap. And the audience shouted “oooo” and “aahhhh” when Claudio accused Hero falsely. Applause thundered at the end.

“The original script is about an hour and 15 minutes longer than the 90-minute version we performed,” said Close about the meaning of the “abridged and adapted” designation. “I unfortunately had to cut out a lot of the snappy comebacks in the humorous dialogue and some stuff that just really didn’t need to be there.”

Even the actors seemed to be electrified by the performance, and the audience was glad to see a happy ending as everyone smiled walking out of the theater.

“Shakespeare is still very relevant to us today,” Close said. “He always will be because, until human nature changes, he’ll always be around.”