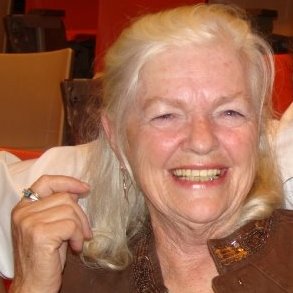 Water Under the Moffitt Bridge

Scene: January, 1850, just south of Sutter's Mill, where gold was discovered less than two years before and that discovery started the flood of gold miners in California along the American River just east of Sacramento. Two men, Charles Moffitt and Richard Darling, had built a toll bridge across that river so the gold miners could cross without going through it. This bridge was to be their gold mine.

"Rain. Another day of rain. The sky is so dark it looks like God came along and painted it black instead of the beautiful blue like Betsy's eyes. I wonder if blue is really up there? MudÖMudÖ. Mud...I'm sick of it." Charlie thought.

" I've never seen mud of this type. It's like glue and pig snot and it sticks to everything" Charlie's frustration was heard in every spoken word.

"Dam this rain." He hollered over the steady roar.

"When is it ever going to stop? Man, we have to get down on the banks and stove it up or we are going to lose the bridge." Charlie shouted.

"Another thing we could do to make the load lighter is only allow one person and one animal with its load at a time to cross the bridge." Richard yelled back.

They stepped over to the lee side of the wagon so they could be heard over the wind and rain.

"Aye, that's a good idea, Richard. Makes sense. We will start that right now. Even all the extra mud weighs the bridge heavily. Every time a log sails down the river and hits the beams it scares the hell out of me. I heard Thorne say the other day that this is the 48th day of rain in a row. Never heard of it before. Why did it have to do it on our watch, eh? Well, come on, Richard, let's get down there and see what we can do about stabilizing the supports. The weight against those beams just from the power of the river is tremendous." Charlie said.

For three hours the men worked non-stop, slipping and sliding, hoisting sand bags and stacking them up against the support beams, hoping it would hold their bridge against the great speed and flood of water going down river. The river raged in their ears. The sound deafening and they could only keep eyes on each other and use their eyes and hands to communicate their next moves and needs. As big and strong as these men were, working in the suck of mud was difficult and hard on their bodies and their legs felt like the sand bags themselves, heavy and useless and feeling dead.

Finally, Richard indicated with his eyes that they needed to go up the bank and take a break. Charlie nodded in agreement and each grabbed a portion of the rope that was dragging in the mud hanging from the outermost approach to the bridge and they used the rope to help pull them up out of the steep bank of the river. Again every muscle in their back and arms and hands and legs was used to pull themselves up and out of the slick slime of the bank.

Soaked with rain water to the very pink of their skin were their clothes. The big brimmed hats seemed to lay down in back and send direct rivulets of water down inside their greased jackets. Nothing was dry. Nothing was without the sticky mud stuck to it. Their boots were at least eight times heavier than normal with the weight of the mud on them. To take a step forward they had to use their strong legs to pull the boot that was attached to their foot out of the mud and if they could hear it over the pounding rain they would have heard a loud sucking sound as the mud tried to grab and pull and hang on to the boot. That sucking sound was heard like a loud complaint from the earth telling the boot it didn't want to let it go. The earth screamed as it tried to hang on to the boot. Their strong legs won and they took a step forward and the battle began once again.