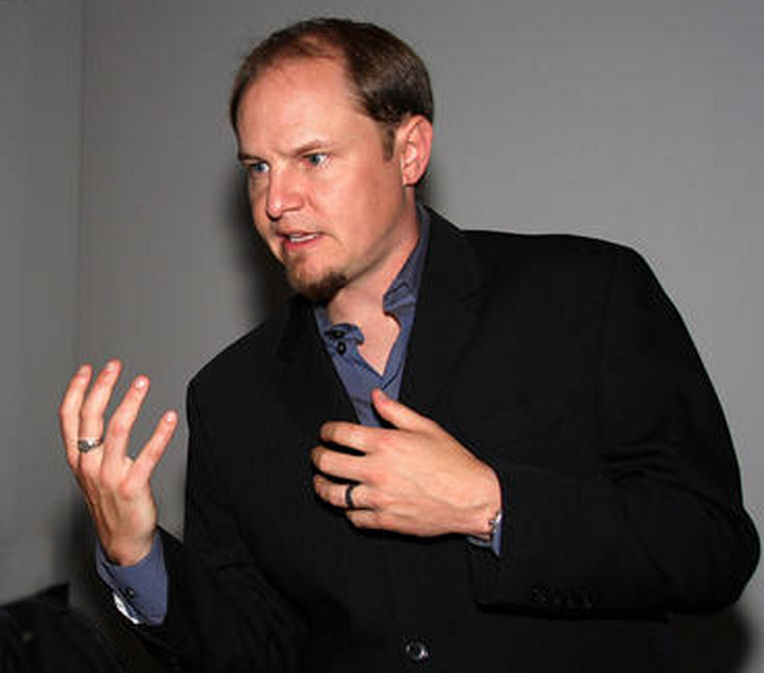 April was national poetry month and AWC celebrated it by inviting Christopher Lane back for a magnificent performance at the Poetry at High Noon II event on April 27.

Christopher Lane is a slam poet from Sedona, Arizona and is the executive director of NORAZ, a nonprofit poet organization aimed at educating youths and helping senior citizens suffering from Alzheimer's. He is a recipient of numerous awards and is renowned for his performance-based poetry, part of his "endless search for greater awareness."

It was Lane's fourth visit to AWC. "I love coming here," he said, "There's a quirkiness to Yuma that grows on you, I don't know what it is, but I love it."

Lane went on to talk about his poetry style as well. The type of poetry he performs is called slam poetry. Slam Poetry is most associated with the vocal delivery style found in hip hop. The styles vary from delivering the poetry using traditional theatric devices, tap dancing, beatboxing, and choreographed movements.

After his first poem, Lane engaged the audience with an exercise he likes to use. He called it a ten minute dumping in which the audience wrote for ten minutes and ëdumped' everything that was on their mind."You're not trying to create anything; you're just getting rid of stuff to create," he said.

Lane performed two more of his works which included one about the birth of his second son and the other about the time he and his family spent in Italy and Israel. He spoke of performing at an open mic there, "I believe it is necessary to perform poetry in places that stir things."

Then, the mic was opened up and several of the students and staff from the audience had four minutes each to read their poems or short stories.

The event closed with one last spectacular performance by Lane reading a love poem.

Christopher has also written a book The Sweetest Part of the Bread which received the William Desmond Award from the Arizona Commission on the Arts in 2010. He also coaches young poets from Sedona Red Rock High School every week, read classic poetry to Alzheimer's patients in hopes of sparking memories, and serves in the roles of husband to his wife and father to two very precocious boys.

If you would like to see samples of Christopher Lane's performance, this video on You Tube was submitted from Sedona.