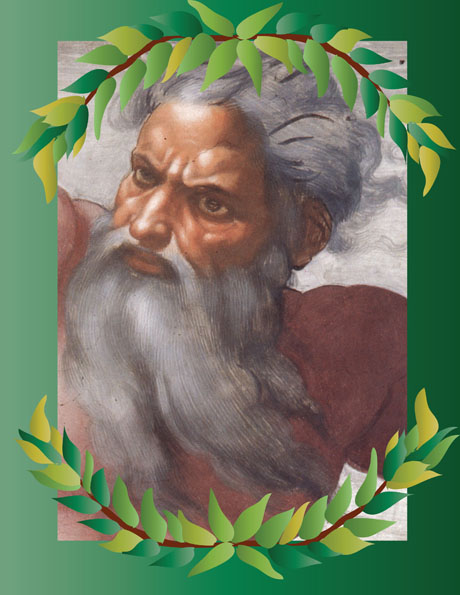 Debating the existence of God is an academic practice that has been around for thousands of years. Contrary to popular belief, the birth of science has sprouted more, not fewer, arguments for the existence of God. Here, I will contend that two of them, the fine-tuning argument and the cosmological argument, help us to conclude that the existence of a creator is more probable than not.

The first argument starts with a finely tuned universe, and then it infers design. Before life can even begin to evolve, certain constants of nature have to be tuned to an infinitesimally precise quantity. If the speed of expansion during the big bang were altered by one part in 1060, then the universe would have expanded or collapsed before life could evolve. The probability of having the right amount of entropy during the big bang is one out of 1010(123). Additionally, if the electromagnetic force were to be altered by one part in 1040, or if gravity were altered by this same number, planets and stars wouldn't behave in a way requisite for life.

Constants like these have to be incomprehensibly fine tuned before life can begin to evolve. So, why these constants? The three options are physical necessity, chance or design. Physical necessity means that the constants had to be the way they are, but scientists typically don't believe this option. Chance isn't possible either since the probability is so small. To avoid the only option left, many have said that an infinite number of universes exist each with different constants so that we eventually end up with one that is life permitting. By analogy, this is like playing the lottery an infinite number of times so that you eventually win. However, this solution fails according to the universally accepted principle, Ockham's razor, which states that we shouldn't propose causes beyond need. Therefore, the only reasonable option is that the constants are due to design.

While, the above argument points to order, the next one points to a beginning. The 20th Century saw the development of the Big Bang theory. Even if one believes that an infinite number of universes exist, many cosmologists, like Alexander Vilenkin, argue that even those universes had a beginning. But everything that begins to exist has a cause. It would be bizarre to say that something can begin to exist uncaused. So the universe had a cause, but what was it? Well, we know of only two types of causes -- physical and personal. Moreover, we have to postulate a cause that has always existed, or else we will have to explain that too and hence will have gotten nowhere. Now, if the cause is physical, then the universe will be eternal, for if a physical cause has within it the sufficient conditions to produce the universe, then it will produce it whenever those conditions are present (and, in the case at hand, those conditions are eternally present). But the universe isn't eternal; it's 13 billion years old!

Utilizing two theistic arguments, I will argue that God probably is not real by showing how the concept of god or a deity is not necessary and that the very definition of God is not consistent, therefore making a meaningful conversation about god null.

First of all, there is no underlying, objective and practical definition of God. Therefore, operationally defining God becomes tricky when deciding what attributes to give the creator. Most agree that God must be a perfect being exhibiting omnipotence (all powerful), omniscience (all knowing), omnipresence (present everywhere) and omnibenevolent (all good) and that this God is necessary. However, because all of these attributes are immeasurable, there is no objective way of explaining or defining God. This gives humans no practical use for God; therefore, it follows that God might not exist.

Some argue that God gives people meaning, and that is function enough. However, no amount of belief can make something true. Similarly, some argue that there is no better alternative to God. "God of the Gaps" is a principle asserting that all questions that have not or cannot be answered by science can be explained by God. This can be problematic because it allows for a simplistic and almost obedient demeanor to life's questions. The central questions of who we are, where we come from and where we are going are worthy of exploration and analytical discussion. However, the concept of God gives the answer immediately, and for most that is good enough. It follows, then, that the absence of a god may be just as probable.

Second, the cosmological argument argues for a First Cause of the universe. Ultimately, all forms of this argument claim that something created or caused, and continues to cause, the universe's existence. Some continue by arguing that the universe is dependent on an outside force and cannot exist on its own, and therefore contingent on God's creation. Basically, this means that the universe needed to have started from some independent force. Theists argue that that independent force could only have been God.

In summation, there is nothing wrong with believing in God. The intention of this position is not to attack the concept of God in a malicious manner but rather to argue that atheism, or the belief that there is no God or higher power, is a valid conviction because there are inconsistencies in a belief in God.