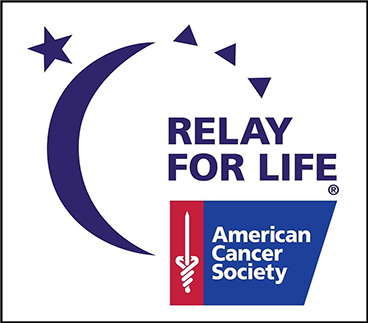 WWMS (What would Mickey say?)

Disney characters were the theme this Spring at the Relay for Life, hosted by the American Cancer Society and supported by a coalition of Arizona Western College organizations.

Student Government Association (SGA) and Residents Hall Association (RHA) teamed up to contribute to the annual event, held on the evening of Saturday, April 25, at the Desert Sun Stadium. More than 1,300 people comprising 25 teams came out to support former cancer patients and to fight the disease by raising money to develop a cure.

The members of each relay team took turns walking around the track. Each team that spends the night there is asked to have at least one participant on the track at all times. Relay For Life is a 24-hour long event because cancer never sleeps.

Earlier, SGA and RHA hosted a car wash in the parking lot of the El Sombrero restaurant to raise money for the event. More than 20 cars were washed and more than $400 raised in presale tickets and donations.

At the evening event, SGA and RHA sold Hot chocolate but ran out half way through due to the enthusiastic demand.

The event started at 4 p.m. and ended the next morning at 6 a.m. More than 200 team members helped to run booths with food and drinks. The evening's entertainment included a silent auction, children's activities and an unusual walk where a guy from each team would dress up as girl to raise as much money as he could in an hour.

The survivors lap, which starts the Relay, is an inspirational walk around the stadium by cancer survivors while the crowd cheers.

Around 8 p.m., the luminaria ceremony begins with a prayer. With a moment of silence to honor people who have died fighting cancer, candles are lit inside bags filled with sand, and then a big sign is displayed that reads, "Hope."

Due to the heavy wind and rain, fireworks were canceled.

"Not only did we raise over $1,000 for a great cause, but we represented young leaders to the fullest extent in Yuma County," said Yesenia Monroy, VP of Public Relations with SGA, who represented AWC at the event. "I'm proud to say that SGA was able to be part of that movement with the community and raise over $200,000."

Relay for Life, which has taken place in Yuma every year since 1985, is widely viewed as a life-changing event because it gives people in communities all over the U.S. an opportunity to rejoice the in lives of people who have fought against cancer, and to remember those who lost their battle. More than 5,200 communities in 20 countries have a Relay For Life event, the signature fundraiser for the American Cancer Society.

The American Cancer Society estimates that Arizona has seen 32,440 new cases of cancer in just the past year. Across the U.S., 589,430 Americans are expected to die from cancer, which equates to 1,620 people per day. This is the second leading cause of death in the United States.