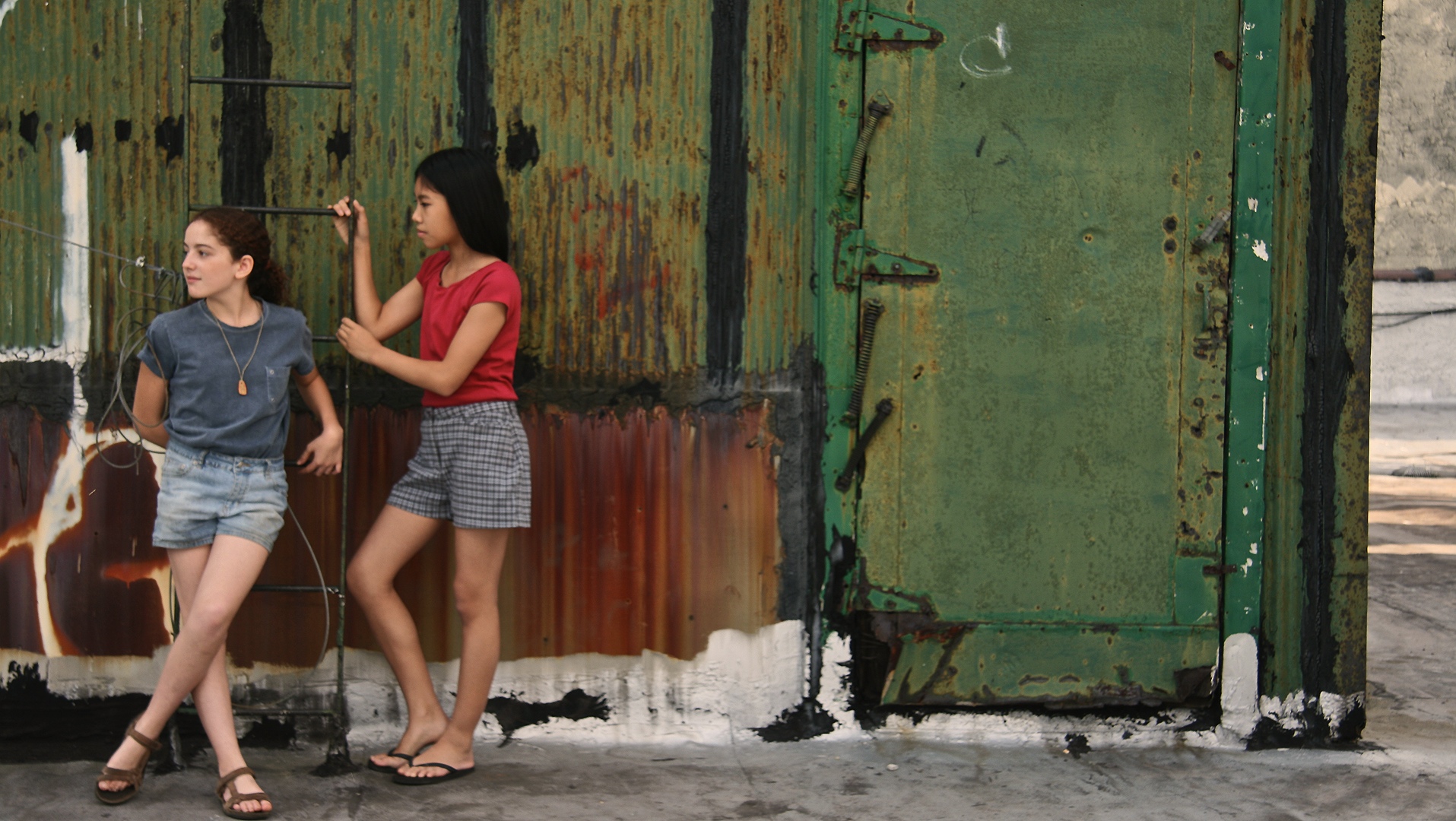 The films normally are shown on the first Thursday of every month, but January is an exception. Because classes don't start until the third week of the month, the January film will be screened January 17.

Directed by: Ela Their

A perfect film about two immigrants coming together to deal with culture shock; however, they two must deal with their cultural differences as well.

Synopsis: Ellie, a 12-year-old immigrant girl from Israel, is lonely and homesick. Life brightens when she meets Thuy, a Vietnamese refugee her age. Trust slowly builds as the two teach each other about life in America. As Ellie and Thuy become inseparable, they eventually hurt and betray each other. Ellie must give up her most prized possession in order to save their friendship. Based on the filmmaker's own experience, Foreign Letters is a story about prejudice, poverty, shame, and the power of friendship to heal us. The film features the music of iconic Israeli musician Chava Alberstein, who was the director's favorite musician when her family immigrated to the US in 1982.

"A film that's compelling and likable, right up to its surprising conclusion when everything comes together."

Synopsis Families are complicated...Especially when Eli, the father, who's about to be 60, is expecting a baby with his new wife. Upon hearing this news, his two grown daughters, Dom, who is trying to adopt, and Justine, who flits from one boyfriend to the next, are shocked. To get closer to Justine, whom he has never gotten along with, Eli has the bright idea of making friends with all of her exes...without her knowledge. But when Justine falls in love again and Eli is about to ruin everything, this family is on the verge of falling apart. Will they all be able to make peace before it's too late?

Synopsis Like every morning, Madalena makes bread for Antonio's old coffee shop. Like every day, she crosses the railways where no trains have passed for years; she cleans up the gate of the locked cemetery, and listens to the priest's sermon before sharing lunch with the other old villagers. Clinging to the image of her dead husband and living in her memories, Madalena is awakened by the arrival of Rita, a young photographer who is arriving in the ghost village of Jotuomba, where time seems to have stopped. A deep relationship is forged between the two women, which gradually builds to have a profound effect on both of their lives, as well as the rest of the villagers.

"Sweet and steadyÖ.You want him to find love [and] it all pays off." -- Christopher Campbell, indieWIRE

Synopsis The 38-year-old bodybuilder Dennis would really like to find true love. He has never had a girlfriend and lives alone with his mother in a suburb of Copenhagen. When his uncle marries a girl from Thailand, Dennis decides to try his own luck on a trip to Pattaya, as it seems that love is easier to find in Thailand. He knows that his mother would never accept another woman in his life, so he lies and tells her that he is going to Germany. Dennis has never been out traveling before and the hectic Pattaya is a huge cultural shock for him. The intrusive Thai girls give big bruises to Dennis' naive picture of what love should be like, and he is about to lose hope when he unexpectedly meets the Thai woman Toi.

Synopsis After years of living apart from her dad, Libby, an introverted yet sharp-witted teenager, is sent to live with him in Israel. Her arrival coincides with the outbreak of the second Lebanon war. Libby quickly discovers that her dad, Shaul, is an infantile eccentric, and that he is 'in-between apartments' (in other words, homeless). Shaul comes up with a creative plan to put a roof over their heads: they pose as refugees from the bombarded northern region of Israel, and are taken in by a well-off family in Jerusalem. Finally in a 'normal' household, Shaul and Libby begin to build their father-daughter relationship, but their false identities can't last forever, especially as Libby unleashes teenage fury at the lies permeating her life; those she must tell now, and those she's been fed since childhood.