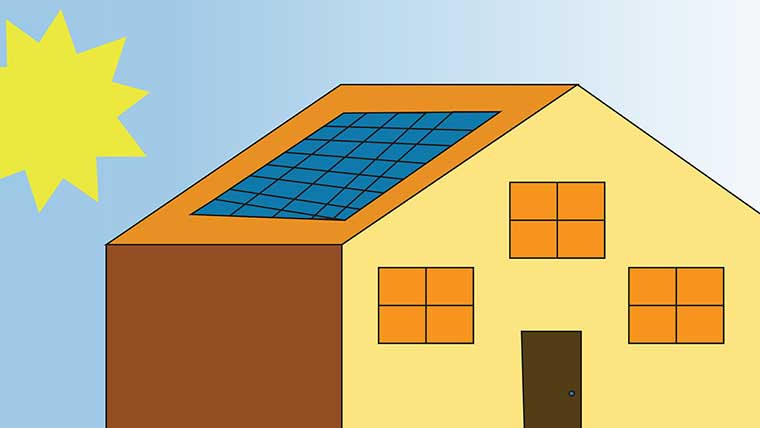 It is no secret that electricity costs are going up, not just in Arizona but all over the nation. In the past 10 years electricity has gone up 41 percent, and it will only keep going up. APS (Arizona Public Services) sends out a newsletter every month that is on the back of everyone’s bill but most people tend to ignore them. On these newsletters APS sends out a “warning” saying that your bill will soon go up for “x” reason.

Their most recent rate increase will raise the average bill by about $11-15 dollars per home. The hike would bring the utility company $166 million more in annual revenue. APS is a monopoly and can essentially get away with whatever they want.

In recent years, solar energy has become APS biggest nightmare because now consumers have a second option. Solar energy has helped families save about 30-35 percent on their electricity bill, and at the same time it’s helping the environment.

Recently I made the switch, and it was one of the best decisions I’ve ever made. Last summer my average electric bill was around $380; after going solar it went down to $130 plus a $20 fee for energy distribution to APS. I pay $150 all year round no matter what. During the summer I can crank up the AC as high as I want and still only pay a fixed cost. Not only does solar reduce the cost significantly; it also gives you peace of mind.

The solar company that I signed up with builds a design that is custom made based on the amount of electricity that is used per year; that way you never end up needing more or having left over energy.

Yuma gets 4015 hours of sunlight per year, more sun than any other city in the world; so it makes sense to make the move and switch to solar. And don’t even worry about the price of installation. If you can afford to pay your monthly APS bill, then you can afford solar. My company did not ask for any money down (the only requirement was a credit score 600 or above), and within a month the system was up and running.

We simply can’t afford to keep buying electricity that will not be sustainable or cost efficient in the future. Global warming is a real issue, and we have to start looking for better sources of natural energy. Solar energy is becoming more accessible to everyone because it really does guarantee results. I admit I was skeptical myself; but as soon as I started to see savings, all doubt was removed. My only regret was not getting it sooner.