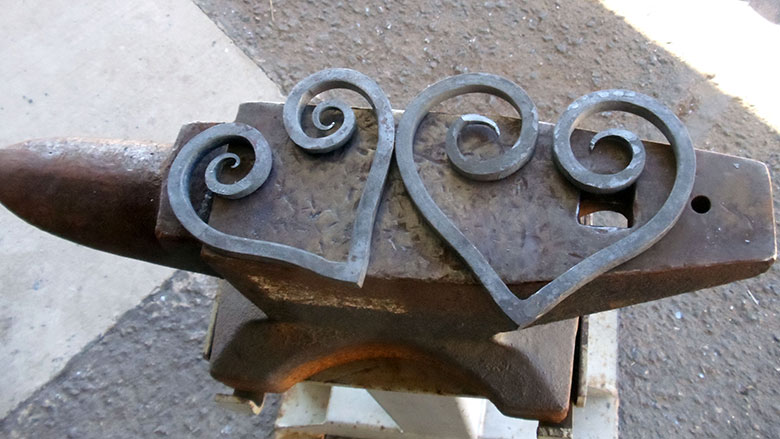 Enrolling in the fall semester at Arizona Western College put me at a full load for classes. Taking 19 credit hours, equaled out to be six courses and going to school five days a week. On the first day of class, in the hot summer month of August, my first class was Introduction to Flux Core Arc Welding (FCAW). Entering this class with no knowledge of this new welding process piqued my interest in learning a new technique. After gaining some overview of this new process and how the class would be run, I found things even more exciting. Knowing that taking the class could possibly get me yet another individual certification for this process was also a bonus to taking a newly developed course.

Walking into the welding lab at Arizona Western College is breathtaking after they completed a $3 million upgrade in the fall of 2015. There are 16 welding booths where students can perfect their welding techniques, and each is set up for multiple processes of welding. The Flux Core Arc Welding class was much different than any other course I’d ever taken. The students had to provide top-notch work to be scored and tested on. The first time the class was allowed to strike an arc was just about two hours into the first class session. Controlling the weld puddle with a simple pull of the trigger was amazing. It’s very similar to painting: anyone can do it, but you must have correct angles and travel speed to produce a perfect weld.

After striking the first arc, I was hooked by the blinding blue light, like a moth to a flame. It makes a constant crackling sound, as if someone were cooking bacon in a frying pan. The smell of the inner flux coating inside the wire burns off at your fingertips creates a layer of slag on top of the completed weld. The welds appeared to be silky and smooth once the students got the hang of it.

Further into class the instructor announced that if we felt confident enough we could take an inspector test to get American Welding Society D1.1 Structural Steel Code certified. Feeling strongly about my abilities, I believed that I could take a crack at preparing plates to be welded and tested. While learning to prepare the test plates was a whole other lesson in itself, we also had to get a ¾-inch plate at seven inches long while putting a beveled edge on one end of each plate at a 33.5-degree angle. That task took quite some time and effort considering it was done with a seven-inch disk grinder. During this time when walking out back of the welding lab, there were up to five grinders going at once, peeling away a beveled edge on each plate. The welding shop sounded exactly like a train-yard work site – extremely loud. Hearing protection was required at all times whether you wore ear plugs, ear muffs or both.

When it came time to tack the plates together and to learn the inspector’s code of behavior for the certification, to my surprise it came relatively easily. Once tacked and set in place, the weld coupon, as we call them, could not be moved at all or it would be considered an automatic failure. Being the first student to perform the test plate in the 3G position (vertical up motion of welding) was exciting.  The arc started with 26 volts, and I had 5,500 degrees Fahrenheit of molten metal at my leisure. Performing the “root pass” (first pass to tie the two plates together) was a walk in the park after the arc broke, chipping the slag formed on top of the weld; and I could see the complete penetration and tie in of both plates with a single weld. Next up was the fill and cap passes, both of which were successful. Once the plate was completed, it was shipped off to a welding inspector at Arc Dynamics for visual inspection. Just as I suspected, my weld passed with flying colors. When the plate was returned, we had to cut and bend it to see if the welds were satisfactory for the certification. Some students cut and bent their plates, some snapping and others showing inclusions and cracks. When the lab technician bent my personal plate, it was smooth as butter, and it passed the bend test.

Excited about this new certification with flux core arc welding, the professor took me aside and said, “You could get a job at any shipyard or in iron-working with that kind of skill level.” I began researching more about jobs that use FCAW,  and it was promising. There are many opportunities within the field, and it seems I have a bright future in store for myself. Finishing this class helped to broaden my horizons within the welding industry and taught me an up-and-coming welding process.

After 16 weeks in Introduction to Flux Core Arc Welding, I finished with a certification to weld in all positions by the American Welding Society D1.1 Structural Steel Code. I am thrilled to see where this new process takes me and what it will help me to achieve in life. Professor Sam Colton was incredibly motivating throughout the entire semester; he greatly influenced us to excel in our technical field as welders. Having the opportunity to learn something that will positively benefit my future and continue my growth as a welder has been one of the most exhilarating experiences of my life.